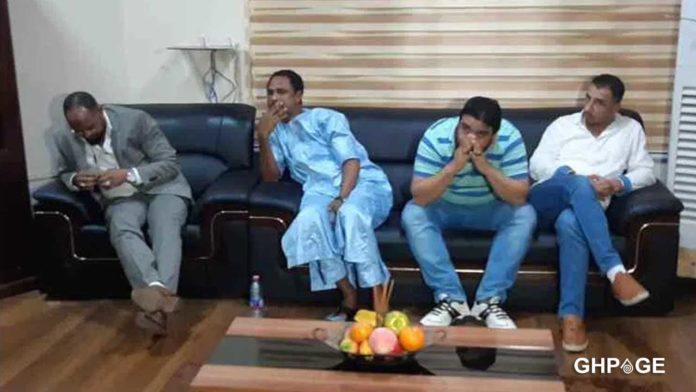 The issue of internet scamming is one thing that has been frowned on by many but most of the youth are engaged in it with the hope of amassing wealth at a very fast way.

Even though most of them get arrested for their criminal actions, others on the other hand still continue to engage in the act.

Well, the Defence Intelligence Unit of the Ghana Armed Forces has revealed how 12 scammers allegedly shipped heavy bags of high-grade cement to their clients outside Ghana under the pretense of it been gold.

However, the Defence Intelligence Unit of the Ghana Armed Forces has so far been able to arrest some of the people behind the scam after a swoop at McCarthy Hill in Accra.

The people arrested according to a source are mostly made up of foreigners who together with their Ghanaian associates help out to carry out the crime.

According to the Deputy Director of Public Affairs of the Ghana Armed Forces Andy La-Anyane who spoke to Citi Fm said,

” They take you to the office, then you make the transfers into their account and then you fly back to wherever you came from…and all their victims have been foreigners, not Ghanaians…so you go back home expecting your shipment to arrive…. when it arrives, you open and you realize it’s only cement bags”.

He also revealed that in one instance the scammers were able to make the unsuspecting client part ways with $400,000 just for him to receive a cement bag as gold.

Part of the text culled for mynewsgh.com