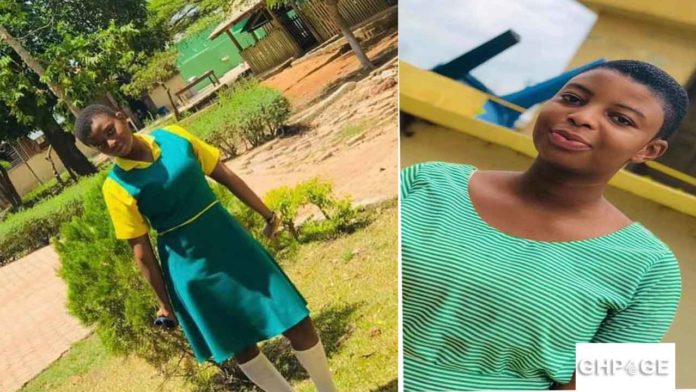 Leticia,17, is a final year student of Miracle Senior High School in Sunyani. According to reports, has committed suicide.

This piece of sad news reached our premises this afternoon which confirmed the painful death on one Leticia Kyere Pinaman.

Per intelligence available to GhPage, your source of credible news, young Leticia’s body was found hanging at the school’s dinning hall while other students were attending bible studies at the school’s auditorium.

A note found on the deceased read; “THERE IS SOO MUCH SORROW AND PAIN IN MY HEART“.

It is not yet clear what might have accounted for the incident. The Housemistress of the school, Gifty Acheampong, in a radio interview with Accra-based Citi FM, said “I was in the kitchen when I heard the students shouting. I rushed there and saw her hanging. So I quickly rushed to the church auditorium to call the proprietor and the proprietress.”

Confirming the incident, the Sunyani Division Police Crime Officer, DSP Kingsley Wiredu, said his outfit was gathering facts and would brief the media at the appropriate time.

The body of the student has been deposited at the Bono Regional Hospital Morgue pending autopsy.