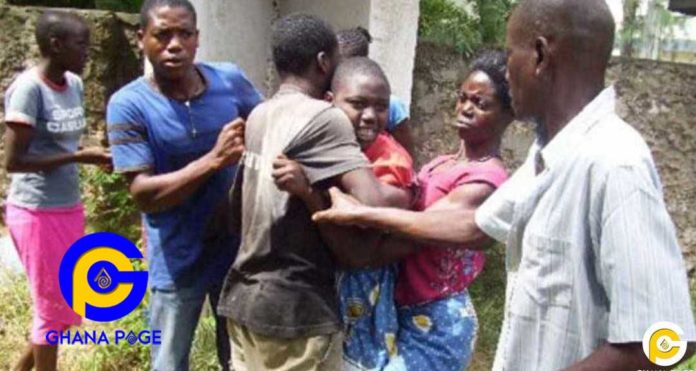 Ghpage.com has received a sickening report of a sexual assault which has happened at Bibiani Secondary and Technical School in the Bibiani Municipal Assembly of the Western Region of Ghana.

According to an exclusive report received by Ghpage.com, four final year students of Bibiani Sec-Tec have gang-raped one first-year female student anally.

A close source at the school who spoke with Ghpage.com revealed that the four boys led by one who is the son of a prominent chief in the area managed to lure the first year female student outside the school premises.

The source revealed that the four boys sent another first-year student to call her (Name withheld) from her dormitory under the guise that her brother is at the school and he urgently needs to see her.

SEE ALSO: Pamela Odame exposes Ministers and MPs who want to sleep with her

When she went to see them, they were able to lure her outside the school with reasons not yet disclosed. When they finally got her inside a room outside the school premises, 3 of the boys pinned her down and the remaining boy raped her through her anus.

It is reported the young lady tried all she could to resist but she could not overpower four strong men who were holding her down. She was mercilessly raped by the boys.

SEE ALSO: Kidnapped girl returns and reveals how she was raped by 8 men

The incident which happened last week left the girl with an uncontrollable running stomach. Unable to control herself, she finally confessed to the school authorities about what really happened the night she was caught by the security.

The boys were summoned by the school authorities to the headmaster’s office. The headmaster called the police who immediately arrested the 4 boys on Friday 12th April 2019.

However, the four boys were released by the police on Monday, 15th April to sit for their WASSCE exams which started on Monday. The girl has since been taken to the hospital for medical checkup and assistance.

SEE ALSO: Thunder kills a man and his wife in Central Region

For now, names and photos of the students are being held for security/privacy reasons but Ghpage.com is keenly following how this story will unfold with the hope that there will be no cover and justice will be served. We will update you when something new comes up. Bookmark Ghpage.com.