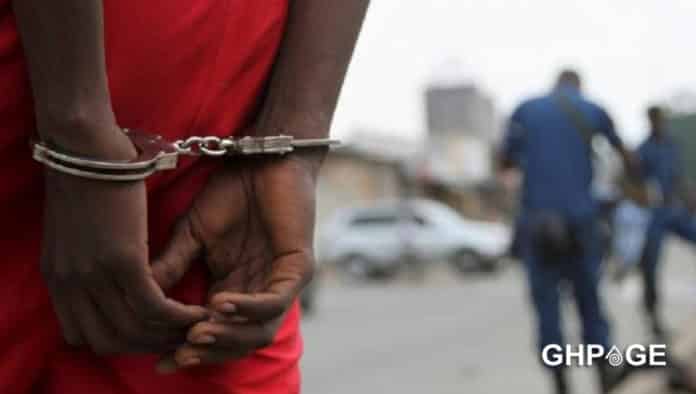 A 45-year-old farmer has been sentenced to 20 years in prison by an Asamankese Circuit court for defiling two siblings multiple times.

The court presided by His Honour Abubakari Abass Adams convicted the suspect on his on plea.

According to a report by starrfm.com.gh, the convict Nenevi Freeman, popularly known as Efo, pleaded guilty when he was charged for defilement of two siblings under 16 years of age contrary to section 101(2) of the criminal offenses Act 1960(Act 29).

The facts of the case presented by the Prosecutor Chief Inspector Isaac Owusu Achiaw are that the victims, 12 and 13 years old, live in Akyem Abodom with their mother and grandfather while the convict is a farmer who once lived in the same house with the victims and parents until he recently relocated.

The prosecutor said on February 9, 2021, the complainant had information that the now convict had been having sexually abusing his two grandchildren.

He sat the victims down and interrogated them which revealed that the convict Nenevi Freeman, has been having sexual intercourse with them since 2020.

The complainant later led the victims to the police for an official report at Akyem Abodom.

The victims said, the convict forcibly had sexual intercourse with them in separate situations when they went out to sell pastries.

He then threatened them not to inform anyone.

The 12-year-old victim said the convict had sexual intercourse with her five times while the 13-year-old said she suffered the abuse ten (10) times.

Medical forms issued to the victims for examination and treatment were endorsed by Medical doctors at Kade Government Hospital that they have been sexually defiled.

Police subsequently arrested Nenevi Freeman on February 14, 2021, and charged him with the offence.