Reason why Afia Schwarzenegger was sacked by TV Africa revealed 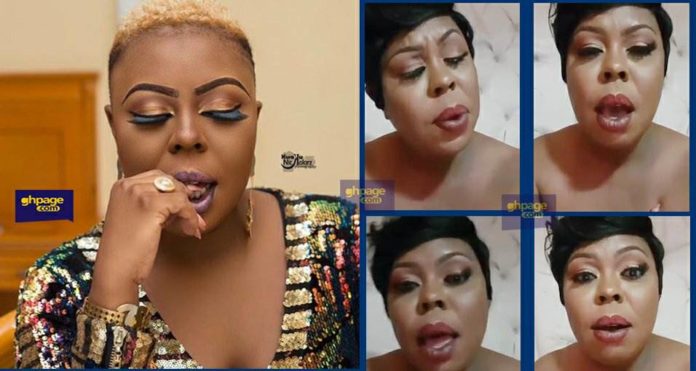 Management of the station came out to state that they don’t owe the self-acclaimed Queen of comedy anything and that she was even using their car and requested that she returns it back to them.

Also Read: I’ll return your car if you pay my money -Afia Schwarzenegger to TV Africa

Well, the management of the television station has disclosed that reason why Afia Schwar was sacked by the station some few weeks ago.

According to them, Afia spoke ill about someone and when she asked to apologize for her comment, she declined and walked out on the entire production team.

“We wish to put on record nonetheless, that a few months back Madam Valentina Agyeiwaa was requested by management to retract a statement she made on one of her shows “POLITICAL POLICE” which did not resonate appropriately with the editorial policy of the station. Madam Agyeiwaa flatly refused the ethical standard procedure to retract and apologize and rather chose to walk out on the entire production team in the process”.

Meanwhile, Afia Schwar upon hearing the news that management has directed her to return the brand new black Hyundai Tucson (4×4) she is driving has stated that she would only do that if the media house pays the money owed her.