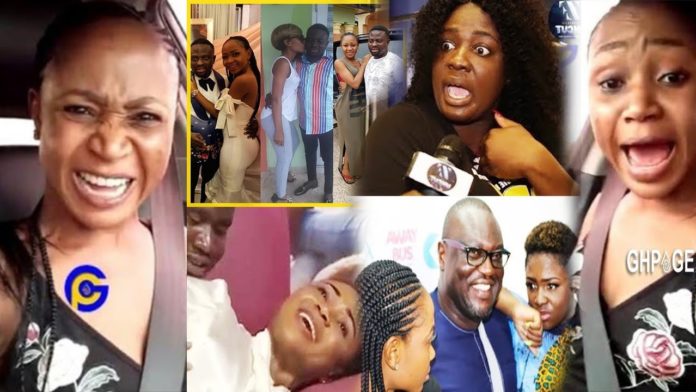 Outspoken Ghanaian actress and video vixen Akuapem Poloo has replied to Tracey Boakye’s claim that she doesn’t need her hype to promote her movie.

Akuapem Poloo in an interview with Fiifi Pratt on Rainbow Radio described the ill-treatment meted out to her on the set of the movie.

The video vixen also disclosed that she didn’t charge Tracey Boakye for the role she played and that she was offered 1,200 cedis.

According to Akuapem Poloo, she is popularly known in Ghana and across the world adding that she has made a name for herself like other big stars like Jackie Appiah and Nana Ama McBrown.

“If you claim you don’t need my hope to promote your movie, what do you mean? It’s not about followers but the name.

I have made a name for myself, my name is everywhere even outside the country. Tracey Boakye is just an internet girl but I have made the name.

You have the followers, it doesn’t mean you have the hype than me. I am Ghana’s trouble but who are you? I just don’t have time for her”, Akuapem Poloo angrily stated.

She also debunked rumors that she had a sexual affair with Gospel musician Bro Sammy, explaining that he was the only one who welcomed her on the set.

Akuapem Poloo further explained that she only went to Brother Sammy’s house to record an advertisement for his Spiritual Divine Healing Water.

She added that she decided not to attend the movie premiere because Tracey Boakye looked down on her.

Akuapem Poloo also described her colleague actress Xandy Kamel as a snitch and a bad friend.