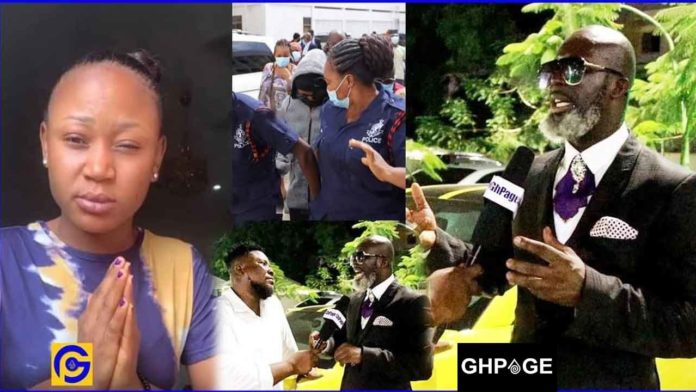 The General Overseer of Heaven’s Gate Ministries, Nicholas Osei popularly known as Prophet Kumchacha has asserted that Akuapem Poloo will be an Evangelist after her jail term.

In an exclusive interview with Rashad on GhPage TV, the controversial prophet explained that the trial Akuapem Poloo is currently going through is for the greater good.

According to the man of God, Akuapem Poloo’s jail term will serve as a deterrent to others and, she will also learn a lesson from her experience.

“Akuapem Poloo will be the greatest and powerful Evangelist in the country. She will learn a great lesson from this experience to make her a better person”, Prophet Kumchacha predicted.

In April, she was released from the Nsawam Female Prison where she spent three days and was granted bail with two sureties.

However, an Accra High Court dismissed her appeal and was ordered to continue her 90-day jail term.

Akuapem Poloo originally known as Rosemond Alade Brown was arrested for sharing an obscene picture of her and her son on social media.