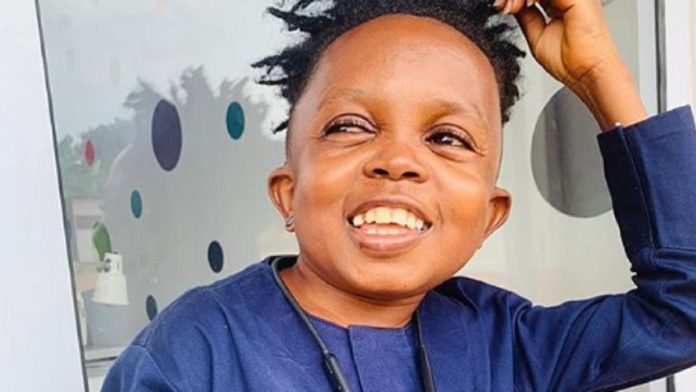 Popular Kumawood actor Don Little has disclosed that he would have quit acting if not for the love he has for his fans.

According to the comic actor, he has nothing to show for the enormous role he has played in the movie industry.

Don Little further stated that some movie directors are the cause of the collapse of the movie industry.

He added that he currently doesn’t have anything because most movie directors fail to pay for his services.

According to Don Little, he is only acting to entertain his fans which is what motivates him to keep going.

“The movies do not pay at all and it’s because of the directors. They go for the money and refuse to pay me.

I am just acting because I always want to entertain my fans but if it was for acting alone I would have quit doing movies long ago.

I am still acting due to the endless love for my fans and the messages I receive anytime they watch my videos. In fact, they motivate me to keep doing what I am doing.

I can act well and anyone who invests his money in me will not regret it”, Don Little stated.

Don Little rose to fame after he was featured in Funny Face Tv series dubbed “Cow and Chicken”.