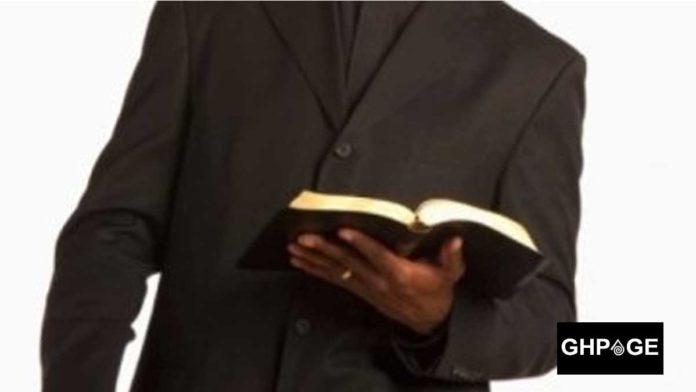 An Evangelist incurred the wrath of some angry mob who beat him to the pulp after he was busted for stealing two mobile phones.

The ‘evangelist’ identified as Akinjide Durojaiye age 49, upon his arrest claimed to be an evangelist at Dominion Assembly, Ilare-Ijesa in Osun State, and was at a shop where mobile phones and their accessories were being sold, to preach the gospel to the people gathered in the shop.

Upon entering the shop, Evangelist Durojaiye claimed that he came from Ilare-Ijesa on an evangelism mission to Ibadan and that the ‘holy spirit’ had directed him to the shop to preach to them and get some people converted.

While the occupants of the office were engrossed in the ministration, Durojaiye was said to have ‘picked and pocketed’ two of the phones in the shop but he was apprehended by the attendants and other onlookers at the shop. The two mobile phones were said to have been valued a little over GhC 1000.

As he was being pursued, Durojaiye was said to have hidden in a store within the office complex but was discovered by another attendant in one of the offices, after which he was brought out and beaten, while the stolen phones were recovered from him by the attendant.

The evangelist, who held a copy of the Holy Bible to his chest, attributed the incident to the work of the devil, saying it was his attempt to get money to treat his 7-year-old son, who was on admission at a hospital in Osun State that pushed him into committing the act.