Another Military Officer lynched at Budumburam? 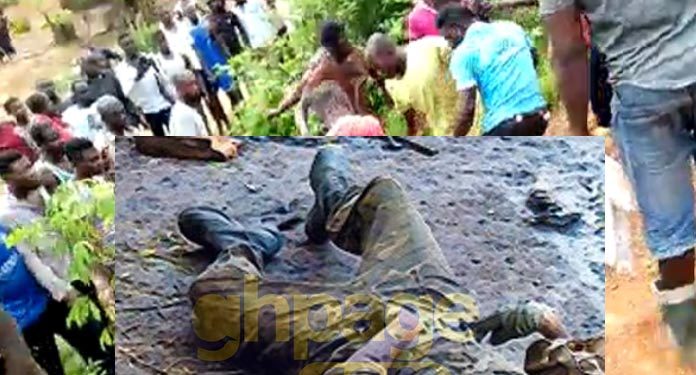 Unconfirmed reports reaching Ghpage.com indicates that an unidentified military officer has allegedly been lynched by some people at Gomoa Budumburam in the Central Region.

We could remember that same incident happened in Denkyira Obuasi when late Major Mahama was lynched by some residents on suspicion of being an armed robber.

According to the report, the unfortunate incident occurred last Wednesday evening at “Big Apple”, a popular spot in the area. This has attracted military patrols to the area with residents of Budumburam living in fear.

Though the identity of the alleged military personnel who met his untimely death is yet to be known, a local Journalist, Paa Kwesi Tawiah Atta, of Testimony Fm, an online Fm station at Budumburam, confirmed the rumours of the death of the military personnel.

When the Chief of Budumburam, Nana Essel was contacted could not confirm or deny rumours as at filing of this unfortunate incident.

Meanwhile, Col Eric Aggrey Quarshie, the Head of the Department of Public Affairs Directorate of the Ghana Armed Forces, has said that they are yet to secure the identity of the alleged military officer after they heard of the alleged lynch in the news.

He further noted that the military high command is yet to receive any information about the alleged officer.