The life story of the founder and leader of Shinning Grace Chapel International, Bishop Isaac Appiah popularly known by many as ‘Ogya Nyame or Amansie Nsroma 1’ is a very interesting one.

READ ALSO: UK born lady followed her boyfriend to Ghana after he was deported

Like Paul in the Bible, he never liked the word of God. He was born and raised as a Muslim for over 20 years because his parents were into the same religion. Before now he was called Issah.

Bishop Isaac Appiah in a special interview session on Ghpage TV with Host Rashad Kojo Emmanuel revealed he was a notorious armed robber, bodybuilder and a land guard somewhere in Kumasi during the tenure of John Agyekum Kuffour.

Born and bred in Kokofu, a town in the Ashanti Region of Ghana having no educational background and most of it all very stubborn met countless men of God who prophesied to him that he would become a man of God.

Fast forwarding, he one day extensively thought through his life and came to the conclusion that he should forgo all his bad behaviours and start to live the life he came to Kumasi for.

So, he met one popular pastor in Kumasi who took him through the journey of becoming man of God. He stated to have fellowship on school parks with a few other people whom were loyal to him.

Watch the video below to get more of his life story on how he became the popular man of God he is today. Learn a lesson.

WATCH THE VIDEO BELOW, HE HAS A VERY INTERESTING LIFE BACKGROUND; 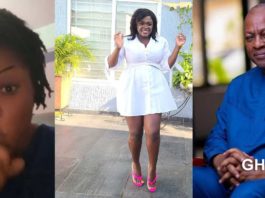