My baby mummy is older than me and stays abroad – KIDI 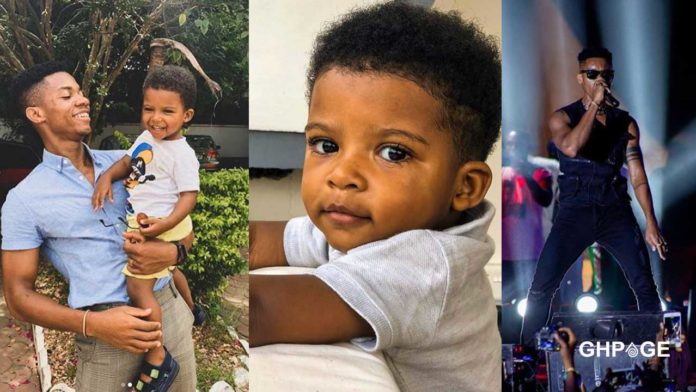 Musician and songwriter DennisNana Dwamena known in music circle as KIDI it would be remembered shared a photo of a handsome young boy celebrating his birthday.

After reading the caption that accompanied the photo, social media users and fans got to know that the handsome young boy was his son who just turned three (3) years old this year.

The caption read: “Happy birthday to my Mini-Me. Young Sugar. 3 years on and you’ve brought me nothing but happiness and blessings. I bless the day you came into my life. Daddy loves you to the moon and back.”

After the photo of his adorable son went viral, many people have been asking questions on who is the baby mama of KIDI’s son.

Speaking in an exclusive interview with Andy Dosty on Hitz FM, Kidi revealed that his baby mama is way older than him and also doesn’t stay in Ghana.

Asked if whether they were still going out, he mentioned that they are no more in a relationship but are co-parenting in order to give the child the best of upbringing.