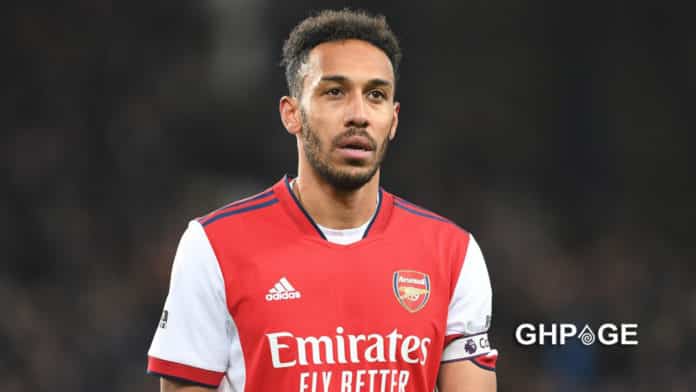 Spanish football club Barcelona have completed the signing of Pierre-Emerick Aubameyang on a free transfer from Arsenal on a three-and-a-half-year deal.

The 32-year-old Gabon striker signed a contract on Monday evening although it was not announced until Wednesday, despite having trained with his new team-mates on Tuesday.

Barcelona feared the move was dead at one point on transfer deadline day despite Aubameyang flying to Spain.

Speaking in an interview on Barcelona’s official Twitter feed, Aubameyang made it clear what his aims were, having signed a deal until 2025.

“I’m very proud, especially because my family is Spanish from my mother’s side,” he said. “I’m really proud and happy to be here. My main goal is to help the team and give everything I can to bring the team back into the Champions League and stuff like that.

Arsenal signed Aubameyang for £56m in January 2018 but his departure on a free transfer comes after he was stripped of the captaincy following a disciplinary issue.

His move to Barcelona will save the Gunners about £15m in wages – but it leaves manager Mikel Arteta with Alexandre Lacazette and Eddie Nketiah as his only central strikers for the remainder of the season.

In astatement on Tuesday night Arsenal confirmed Aubameyang’s exit: “We wish Auba all the best for the next chapter in his career and thank him for his contribution to the club.”