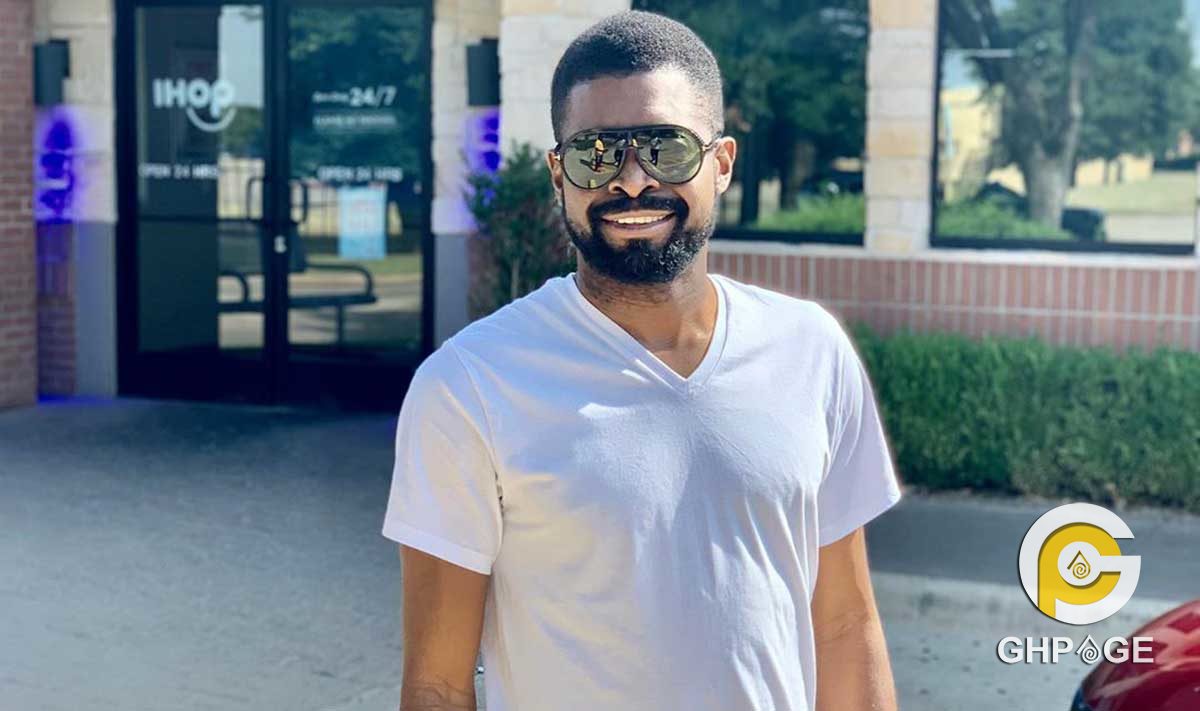 Fearing for their lives and what might happen to them in South Africa where they are scheduled to perform, Nigerian acts Tiwa Savage and Basketmouth have pulled out from two separate events.

Some South African youth took the laws into their hands and have started attacking other African nationals which have created chaos in the country currently.

Nigerian citizens are the people who have suffered much in the latest Xenophobic attacks.

In showing their displeasure at the kind of attitude been meted out to Nigerians, Basketmouth who is set to perform in the country this weekend at the Comic Choice Awards 2019 has revealed he is no more coming for the event.

He posted: “I won’t be attending the Comic Choice Awards this weekend in S.A as scheduled

It might sound like a whisper but together our voice and the right actions will hopefully make a true difference. and real change can begin.

But for today, we stand”. 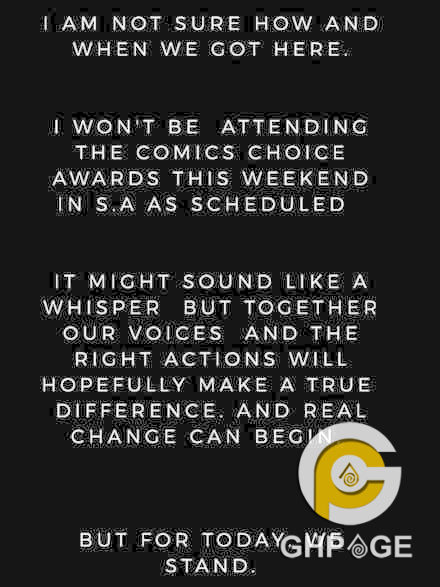 Tiwa Savage who has also been booked to perform at the DSTV Delicious Festival in Johannesburg also tweeted;

“I refuse to watch the barbaric butchering of my people in SA. This is SICK. For this reason I will NOT be performing at the upcoming DSTV delicious Festival in Johannesburg on the 21st of September. My prayers are with all the victims and families affected by this.” 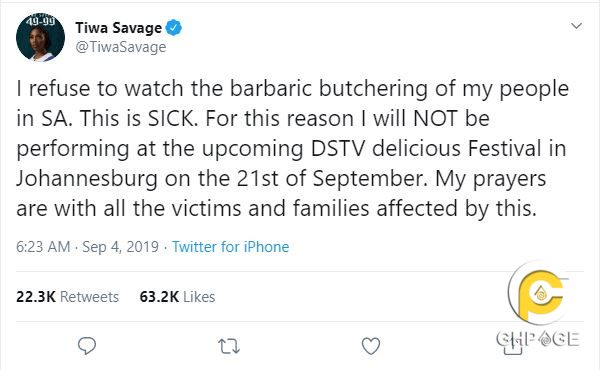