Beyonce snubs Moesha Boduong after tagging her in a post 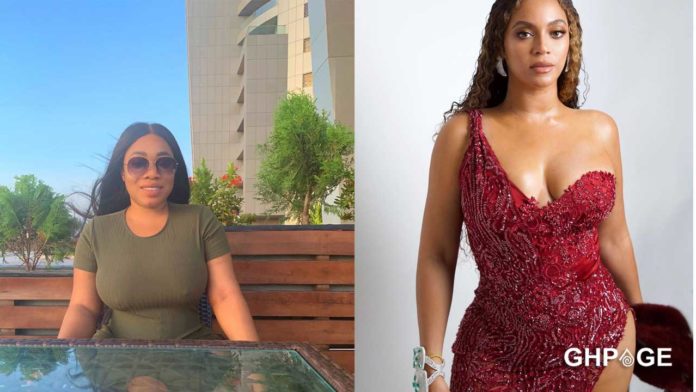 She wrote that she had heard that Beyoncé was coming to Ghana, and she could not wait to faint. 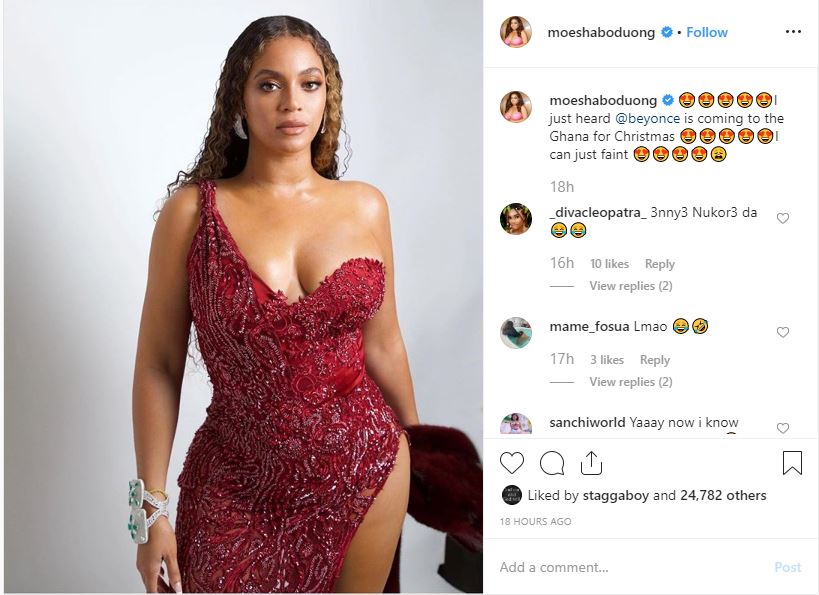 After over 24 hours that she made the post, Beyonce never responded or even reacted to it, though she tagged her and was sure to receive a notification on her phone.

It is unclear why Moesha wanted to do what is popularly called ‘ahosheshe’ in the local parlance on the world-renowned singer.

Beyoncé recently trended in the Ghanaian news following her feature with Shatta Wale on her Lion King Album.

Shatta Wale was featured on her ‘Already’ song, and this gained massive attention in the media.

Moesha’s expression is a common way of wanting to gain the attention of someone, especially, of importance, to gain their favor.