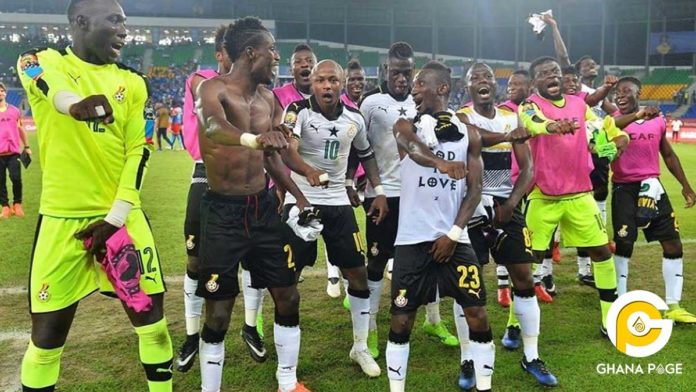 The senior national football team of Ghana, the Blackstars secured qualification to the next African cup of nations after a 1-1 draw with South Africa on thursday.

Ghana are through after picking 10 points from five games played so far with a game to go in the qualifications matches.

The South Africans were the better side in the first half of the game as they dominated through out the first 45 minutes.

The Bafana Bafana boys failed woefully to capitalize on their first half performance as the game went into the recess without any goal.

Three minutes later, Percy Tau of Brighton and Hove Albion in England broke free on the right wings to score the equalizer for the home team after 52 minutes showing on the clock.

Ghana are through to the AFCON 2021 which will be played in early 2022 due to the Coronavirus outbreak. The tournament is set to be hosted in Cameroon.