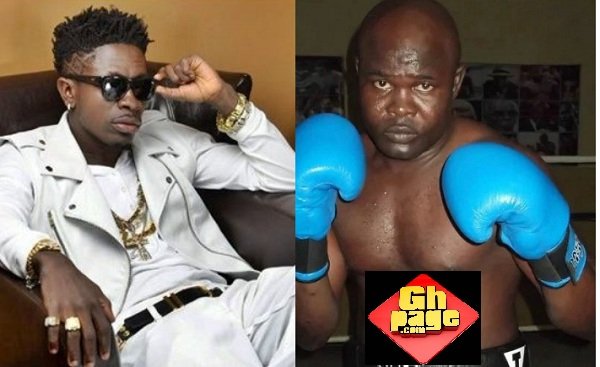 Brimah Kamoko, after being handed his maiden professional lost last month saw a serious mockery of the public.

READ ALSO: Bukom Banku Confesses to Sleeping With Sister|This is why

Banku faced Bastie Samir at the Bukom Boxing Arena in a bout that was highly seen to be dealt with. However, he was defeated after being handed a technical knockout in the seventh round.

His loss led him to the umbrella of public criticism where Shatta Wale also joining in the thick of things and claiming Bukom Banku is not a serious boxer.

READ ALSO: I Am Underrated Because I Am A Voltarian – Rapper Edem Cries Out

But in a sharp return, the boxer has warned Shatta Wale to stop poking his nose into his business, describing him as a ‘dog mouth’.

“You Shatta Wale be very careful with your interview. Stop talking rubbish about me, boxing is the game of chance win lose or draw am the still champion In Ghana, Africa Mayweather. If you like do Music make a do Music Dog mouth you go run.” he said.

Listen to what Bukom said…

YOU MIGHhttps://www.ghpage.com/bukom-banku-bastie-samir-boxing-john-mahama-election/” target=”_blank” rel=”noopener”>Give me a break; even Mahama lost an election – Bukom Banku cries out