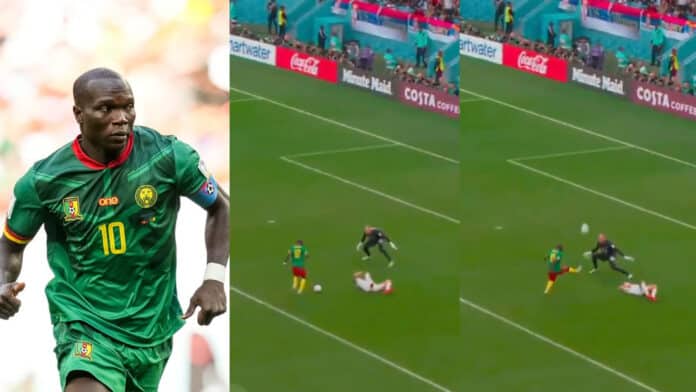 In their game against Serbia, Cameroon saw their lead overturned from a goal ahead to losing by 3 goals to one (3-1).

All hope was lost considering the formation of the Serbians and the players they have on the field who were bossing the game and almost sending Cameroon out of the tournament.

Well, it had to take a masterclass display from Vincent Aboubakar to restore the dying hope of the entire Cameroon nation after scoring what could be described as the cheekiest goal.

In the 67th minute, he received a through pass from the midfield, dribbled the defender who came ahead of him, sat the keeper on the tuft and dummied the ball into the gaping post.

Cameroon drew the game with Serbia as they hope to fancy their chances against Brazil in the last group games.