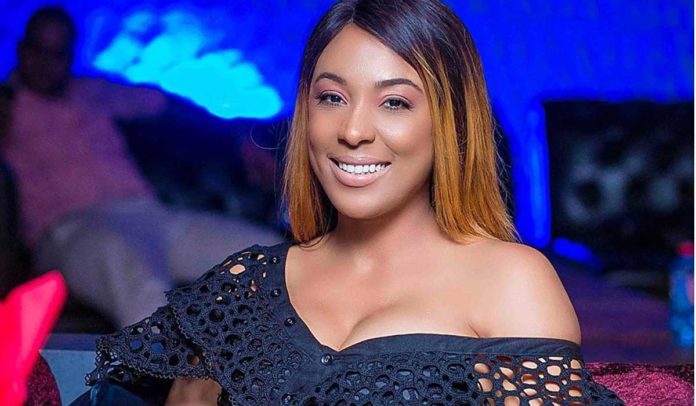 Popular Ghanaian actress Nikki Samonas has made a revelation that promises to set tongues wagging soon.

According to her, she doesn’t find men who have potbellies attractive and would never be involved with one.

She made this revelation in a recent interview with popular actress and Tv presenter, Emelia Brobbey. Revealing her preference when it comes to to men, Nikki Samonas said;

“Naturally, your first appearance counts. Secondly, I look out for a guy who is outspoken, because of the kind of profession I am in, and I need such a guy to defend me in all situations”

“Also, I want a guy who has an average height, and I hate guys who have pot bellies. At least have an average pot belly…..Why is he pregnant? Also, I have no problem with color complexion.”

So it’s obviously clear that men with potbellies have no chance when it comes dating Nikki Samonas. So if you’re a guy and you plan on going out with Nikki, you better hit the gym.