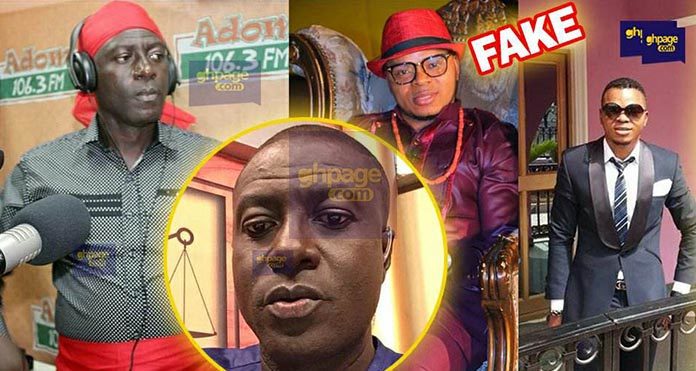 ‘Angel’ Obinim seems to enjoy the stardom and the tomfoolery that happens in his church every day. He just does the unthinkable if I should say that.

Adom Fm’s Morning Show host Captain Smart has challenged Obinim and tagged him as a fake man of God.

According to Captain Smart, the numerous antics of Obinim are engineered and does not hold any value to the Christian faith.

“When you are going to church, there are three things you should look out for. is the one standing in front of me really from God? How will you know?”

read this: Angel Obinim Joins Kumawood – His New Movie To Be Premiered Soon | See Photos Of Obinim On Set

He couldn’t fathom why a man of God would make a poor innocent woman carry a bag of cement and walk for almost 800 meters.

He further advised people to open their eyes to the ‘fake’ miracles and tricks he performs in his church and stop following him.

“The second thing you should look out for is who keeps the money and what it’s used for,” he said.

In his assertion, the money accumulated by the church should benefit all instead of one man keeping it all to himself.