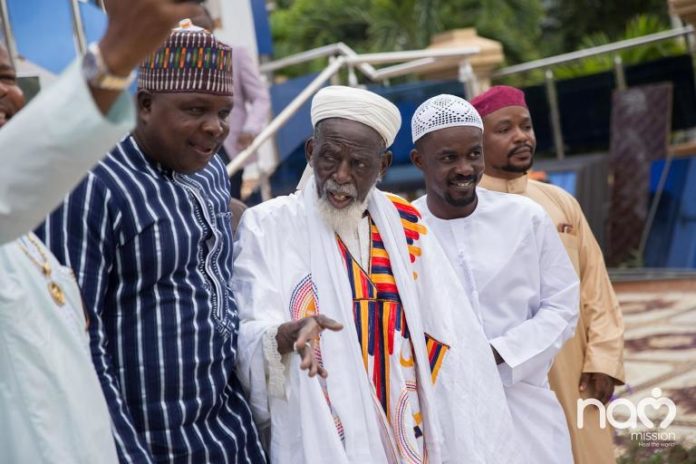 In June this year, we reported that Menzgold under the auspices of NAM Mission, the Chief Executive Officer of Menzgold and Zylofon Group of Companies, Nana Appiah Mensah has donated an amount of Ghc 1 Million as seed money for the setting up of the ‘Sheikh Nuhu Osmanu Sharubutu Educational Fund’ to support the education of bright but needy Muslims in Ghana.

This alleged donation came to light after the Chief Imam, Sheikh Dr Osmanu Nuhu Sharubutu, together with Sheikh Abdul Kaadiru Taahiru, Chief of Dagomba and President for the National Muslim Chiefs – paid a courtesy call on the Chief Executive Officer in his office to express gratitude over Mr Mensah’s philanthropic gesture towards destitute Muslims during the Ramadan.

According to the reports, Nana Appiah Mensah stated that Ghana has enjoyed such a peaceful environment for a long time, thanks to the likes of Chief Imam, who have contributed enormously to ensure that, there’s stability and peaceful co-existence in the country.

He continued to stated that one of the core objectives of NAM Mission is to effect positive change in State Welfare and instil development in national economic growth – and in line with that, the Mission is setting up ‘The Sheikh Dr Osmanu Nuhu Sharubutu Educational Fund’ with a start-up of GH¢1 million.

After months of the news going viral, the office of the Chief Imam has come out to clear the air of the alleged money received from businessman Nana Appiah Mensah.

According to National Chief Imam’s office, it has not received any money from NAM 1 or Menzgold; neither was the GH? 1 million nor any amount of money donated to the office of the Chief Imam or any of the organizations under the supervision of the Chief Imam.

“Since June when the announcement was made, Nana Appiah Mensah had neither given the cash as promised nor has he exhibited any intention to materialize his promise as published by the media.”

“The Office of the National Chief Imam, therefore, seeks to inform the public so that members calling on the office to refund the monies will desist from doing so.” The statement added.

Following the bust of Menzgold, Ghanaians and some customers of Menzgold have been asking for the money gifted to the Chief Imam to be returned as it is believed to be part of the Menzgold looted cash by Nana Appiah Mensah.