Choirmaster Reunited With Praye Members Because Of Me – Wife Reveals 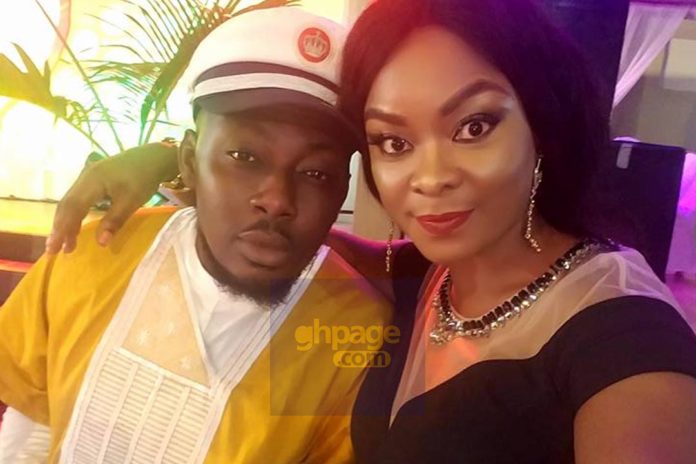 Actress and wife of Choirmaster of Praye fame, Beverly Afaglo Baah has disclosed that he husband had to unite with his old music group members because of her.

The actress who has been blamed by fans of the group for not advising and allowing Choirmaster to join his friends to reform “Praye“.

Also Read: Despite Performing Together At VGMA, We Are Not Reunited – Choirmaster

According to her, there were several fingers pointing to her as the reason why her husband had refused to join the group although their fans and followers were clamoring for their return.

The actress went on to say she rather advised her husband to join the group and never told him not to but the public thought otherwise.

Also Read: Rumor has it that Choirmaster praye was arrested for having s.ex with his wife Beverly Afaglo in a car -this is what he has to say

Beverly who was interviewed on TV3’s “after hours” show disclosed that she didn’t ask him not to rejoin the group.

“I didn’t prevent my husband from joining the Praye group again. A lot of people have actually called me that it would be great for them to be back, they’re going to make more money so I actually convinced about it. I told him to go back to the group but he always gave me reasons why he doesn’t want to go back.

“I think the right time came for him to join the group. He felt sorry for me because of the numerous insults targeted at me. I was surprised people thought I was the one controlling my husband. When he took the decision to rejoin the group, he told me, I did it for you.”

Music group Praye which was made up of Choirmaster, Cartel Big J, Praye Tintin all went their separate ways some years ago. But during this years VGMA, the group made a surprise appearance by performing on the stage for the first time after their break up.

SEE MORE: Nayas Charged With Blackmail, Extortion, And Assault By The Police