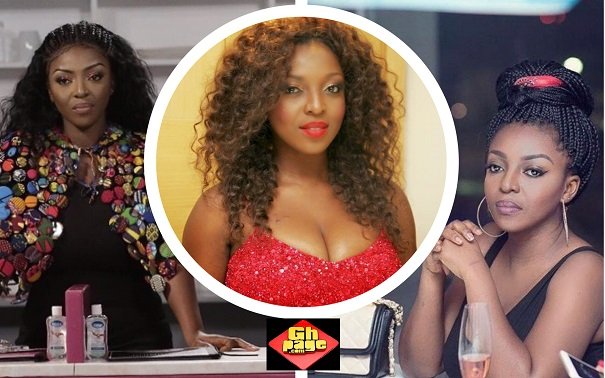 It is no news that Yvonne Okoro is one of the richest actresses in Ghana and the source of her wealth has come under scrutiny.

Well, the actress in an interview has squashed the rumors which claim that she deals in coke, the strong stimulant mostly used as a recreational drug.

READ ALSO:List of Top 15 Richest Ghanaian Actors/Actresses and their Net Worth

She made this revelation as monitored by Ghpage.com whiles speaking to Amanda on GhOne Tv.

When quizzed about the rumors going around that she deals in coke and that’s why she flaunts her wealth even though she claims the movie industry doesn’t pay.

The surprised Yvonne upon hearing this for the first time answered;

“If you are successful as an individual, people always attribute you to bad things on how you make your money.This is the first time I am hearing such a rumor and there is no way I can deal with such a thing—Never, I don’t do cocaine”.

The actress is on record to have said that, that the Ghana Movie is not a lucrative venture and individuals banking their hopes in the industry should think of getting something else doing on the side.

READ ALSO:Meet the 10 Beautiful Wives Behind The Success Of Ghanaian Male Celebrities