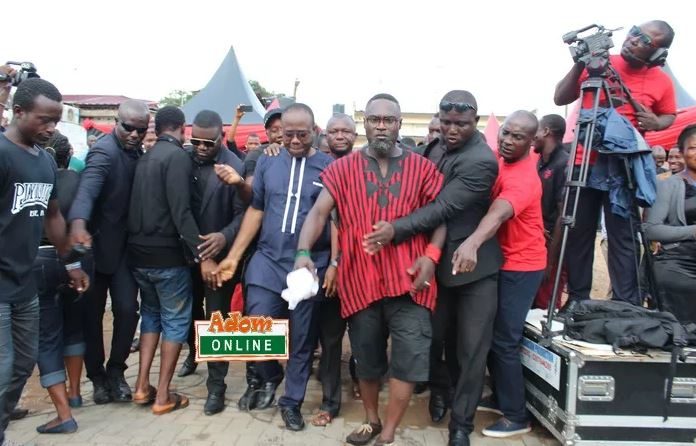 Fireman aka Patrick Osei Agyemang aka Countryman Songo embraced the president of the Ghana Football Association (GFA), to signal a unity between the two.

The two are known to be rivals in the sports fraternity with Songo always and consistently firing shots at Kwesi for what he constantly describes as an unprofessional from the later.

And there came the late KABA’s one-week observation which took place at the forecourt of Multimedia group limited, today,25th November 2017, Songo embraced and danced to demonstrate their unity to the excitement of the crowd at the one-week celebration.

Mr. Nyantakyi was there to express his condolence to the late KABA’s family and the Multimedia Group and he also donated GH?2000 and 20 boxes of bottled water to support the funeral of the late Asempa FM presenter.

One thing to note is that President of the GFA launched a $2m libel suit against Multimedia Broadcasting Limited (MBL) and the fire for fire presenter for allegedly being described on its platforms as the ‘head of a mafia’ and using the presenter to tarnish his image. 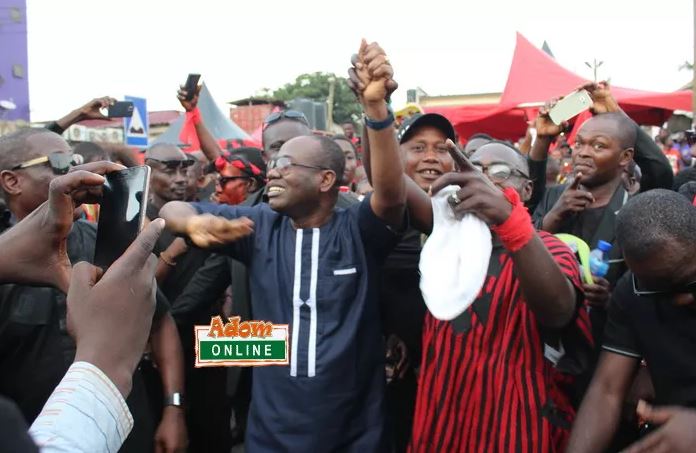 Nyantakyi also sued Kofi Asare Brako also known as Abatay (who now works with another media company but was then with Multimedia’s subsidiary Asempa Fm) for consistently defaming his name and character for years. 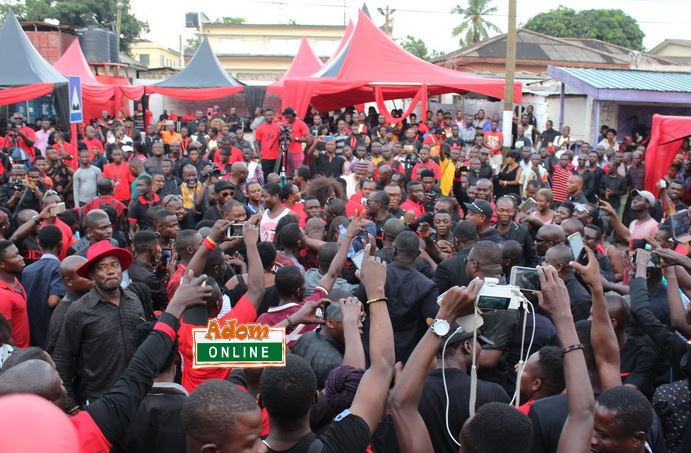 On Saturday, November 18, 2017, however, KABA was rushed to the Korle Bu Teaching Hospital after a short illness but he passed, unfortunately. KABA, who until his death was the host of the Asempa FM political talk show programme Ekosii Sen.

He left behind a wife, Valentina Ofori Afriyie and a daughter.

Below is when Songo and Nyantakyi danced