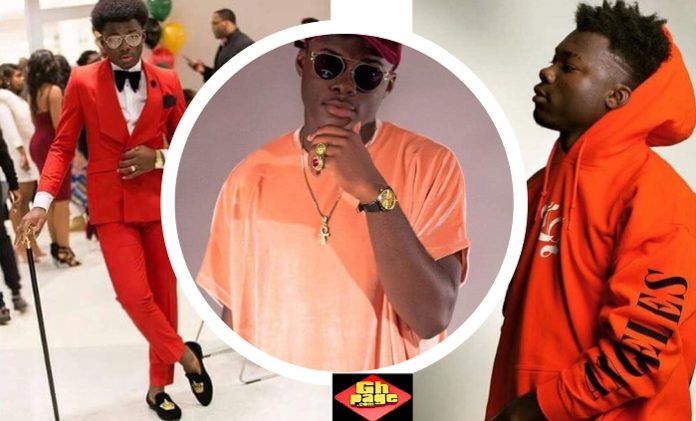 Emmanuel Agyei but better known by his stage name DahReal Dude, is an American recording, a writer and performing artist of Ghanaian descent.

He is best known for his hit single “Goin” which is currently one of the biggest songs in the states. Born and raised in Ghana, Kumasi to be precise, DahReal Dude moved to the States with his two brothers(Jeff-Jay Eazi(producer/sound engineer)and Evans Agyei(Lil Burna-artist) to join their parents.

DahReal Dude is a graduate from Northland High school in Columbus, Ohio in the USA and he is currently a third year in a pre-pharmacy school at the University of Cincinnati in Cincinnati.

DahReal Dude started music way back in high school and he was tagged as the King of freestyles sessions but took it as a career when he got to college.

DahReal Dude is an afrobeat artiste but as talented as he is can do other genres such as hip pop, Afropop.He is the CEO/founder of AMG –African money Gang.

Quite intriguing, DahReal was a good soccer player who even captained his school team until music found him.When coming up he looked up to Sarkodie, Shatta Wale, Davido, Stonebwoy and Bisa Kdei.

Growing up with his grandma in Ghana also allowed him to enjoyed listening to highlife artiste like Nana Tabri, J.A Adofo, and his favorite all-time high life artist is Daasebre Dwamena.

He is from a family of music because his Little brother, Lil Burna is also signed unto his record label called African money Gang.

His record label AMG(African Money Gang) is made up of four Artist(DahReal dude, Lil Burna, Upcoming Tupac and Berrybillz).

Song-Listen and download one of his hit track “Goin” below;

Soundcloud to get all songs: African Money Gang