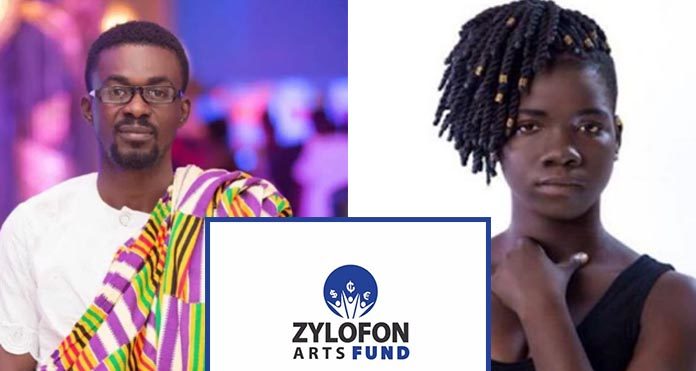 Ghanaian dancehall musician Dhat Gyal who appealed to the general public to support her further her secondary education has finally gotten her wish granted as the business mogul, CEO of Zylofon consortiums has decided to help Dhat Gyal by granting her a scholarship under the umbrellas of Zylofon Arts Fund.

READ ALSO: No Ghanaian Artist can be compared to Wizkid – Kuami Eugene

Born Ernestina Afari, she explained that her dream to enjoy higher education tempered after her mother who was her only sponsor died in a motor accident.

” I became a school drop out after my mother passed away and for two years life wasn’t easy for me until I met my new producer called Jerry ” she revealed.

She talked about her readiness to start from where she ended and used the medium to appeal for support from the general public to assist her to reach the highest level of education.

Interestingly the scholarship programme is set to cover all her educational needs right from the secondary to tertiary levels and all the schools will be of her own choice.

Zylofon Arts Fund is a laudable initiative rolled out by Zylofon Media to support persons in the creative arts industry have access to an interest-free loan to support their works. During its launch, it was announced that an amount of $1 Million has been pumped into the fund by Nana Appiah Mensah which will be disbursed to all who have applied and duly meets the stipulated criteria.

Meanwhile, checks also revealed that Zylofon Music will be helping the music career of the singer, it’s unclear if they will eventually sign her but with Zylofon, everything is possible.

Share
Facebook
Twitter
WhatsApp
Previous articleNo Ghanaian Artist can be compared to Wizkid – Kuami Eugene
Next articleMeet The Richest Celebrity Kid In Ghana, She Is Worth Over GH¢100K & She Has 28K Followers On IG

Newest couple Mr. & Mrs. Osei Asante has truly set the bar high when it comes to wedding in Ghana and we...
Read more