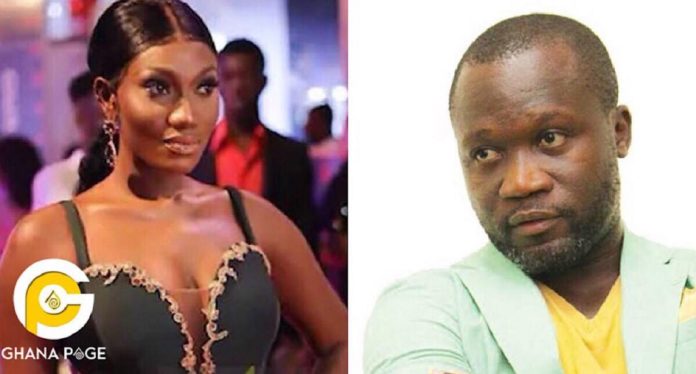 Entertainment critic and movie producer Ola Michael has finally apologized to RuffTown Records signee Wendy Shay over comments he made about her looks.

The “Uber Driver” hitmaker in an interview on Hitz FM was explaining how she deals with cyberbullying.

She, however, spoke about Ola Michael’s comments about her looks which she felt was inappropriate and out of order.

“Someone once passed a comment saying that I look ugly when I wake up in the morning and I am surprised because this person doesn’t even know me well and hasn’t seen me wake up before”, Wendy Shay indicated.

However, Ola Michael who was a panelist on the show explained his comment and apologized to the musician.

According to Ola Michael, his comment was never meant to disrespect or bully Wendy Shay and that he was interpreted wrongly.

“All I said was, individuals with oily faces like myself must quickly wipe up when they sweat and you [Wendy Shay] was an example of such a person.

All I said was that there should be extra make-up artistes with you who will take care of your face that was what I said”, Ola Michael explained.

It can be recalled that Ola Micheal recently revealed in an interview that Wendy Shay looked ugly without makeup especially when she wakes up early in the morning.

Ola Michael was widely backlashed for describing Wendy Shay as ugly but currently, he has apologized to her.