I don’t have anything to lose; VGMAs is not Grammy -Shatta Wale 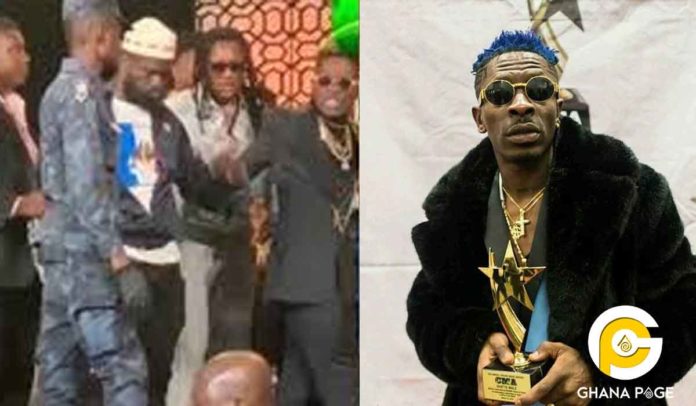 The “Melissa” hitmaker in an interview with Paul Adom Otchere stated that he is not in any way bothered by the ban.

Shatta Wale further stated that he has nothing to lose if he doesn’t participate in the VGMAs because this is not the first time he has been banned.

He further explained that the organizers of the award show are just making money from the musicians.

According to him, VGMAs is not the Grammy Awards, therefore, he has nothing to lose if he is not part.

“I Don’t Lose Anything If I Don’t Participate In The VGMAS. Charterhouse Is Just Making Money From Us The Musicians, And Then Take Us For A Ride.

VGMAS Is Not Grammys, I Don’t Have Anything To Lose If I’m No Longer Part. Charterhouse Is Just Making Money From Musicians.

I Wasn’t Part For some time Now Until This Year, And I’ve Been Banned Again, I Won’t Lose Anything This Time Around Too”, Shatta Wale indicated.

Shatta Wale and Stonebwoy were banned indefinitely from participating in the VGMAs after the brawl that happened on the night of the awards.

They were also ordered to return all the awards they won on the night as it was rendered invalid.