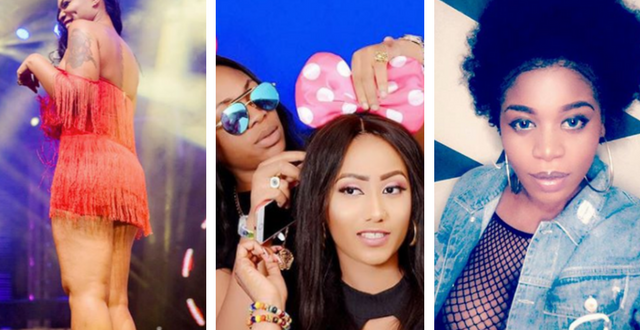 And according to a video Ghpage.com has seen there seem to be some fight between Shatta Wale’s baby mama, Shatta Michy and one ‘bosschick’ identified as Dotty Lana.

Dotty Lana according to what Ghpage.com knows is Hajia4Real’s protege and has another 100k followers on Instagram.

And as to what really started the fight is what we are yet to gather.

However, and as Stated earlier ,Dotty and Hajia4real were best pals now there’s Shatta Michy in the picture- Someone obviously is feeling jealous.

But that’s just our conjecture as there may be something more to that which we are working hard to gather what really caused the blows to be thrown as each other.

In the video below ; Hajia4Real with the help of those around could be seen trying to stop the fight before it got serious.