Drivers strike: Pressure mounts on Sarkodie as many demand he does a song on the economic hardship in the country 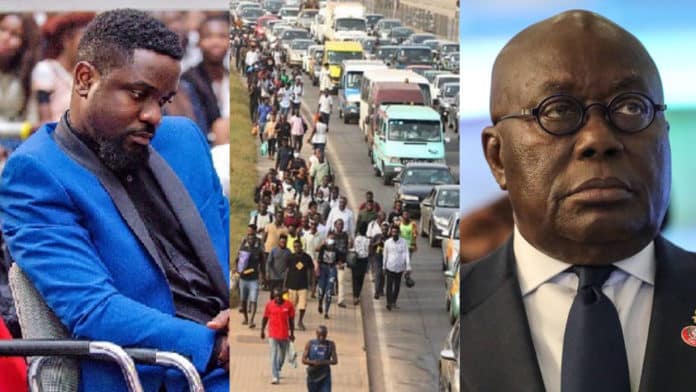 Rapper Sarkodie is beginning to face severe pressure from all quarters as many demand he does a song on the current economic hardship in the country.

On the back of recent fuel hikes coupled with the introduction of new taxes and levies which have necessitated a strike by commercial bus drivers (trotro) and has left many passengers stranded, many are calling for the rapper’s head.

References are being made to the era of the late former President JEA Mills and Mahama where Sarkodie was forceful in his demand for the betterment of Ghana. The rapper released tracks like “Masses”, “Inflations”, ‘Dumsor” et al to drive home the collective concerns and grievances of Ghanaians at the time.

Meanwhile, since the NPP took over the affairs of the nation, many have been expecting Sarkodie to be direct, straightforward and unbiased.

Since what was good for the goose was equally good for the gander, it was expected of Sarkodie to address the hardship in the country through his songs.

Although Sarkodie has reacted to the recent strike action by the trotro drivers, many still believe it is not enough.

Until he musically addresses the ills of the government and puts the woes of Ghanaians into proper perspective on a beat, many assert they would never take his rare social commentaries seriously.

@DonYussif wrote: No be u talk us say Nana Addo Toaso huh? Npp supporter dey hide under dey come tweet wey condemnation no dey inside. Make u condemn and stop dey hide dey right things wey no get sense inside

@mroludarajones wrote: U see the hardships the citizenry are going through. U’ve turned a deaf ear to it. Assuming it was a certain John Mahama’s era, by this time u drop back to back diss tunes firing. Fast forward, another party is in charge, u mute,rather, u appearing at their funerals layin verses. 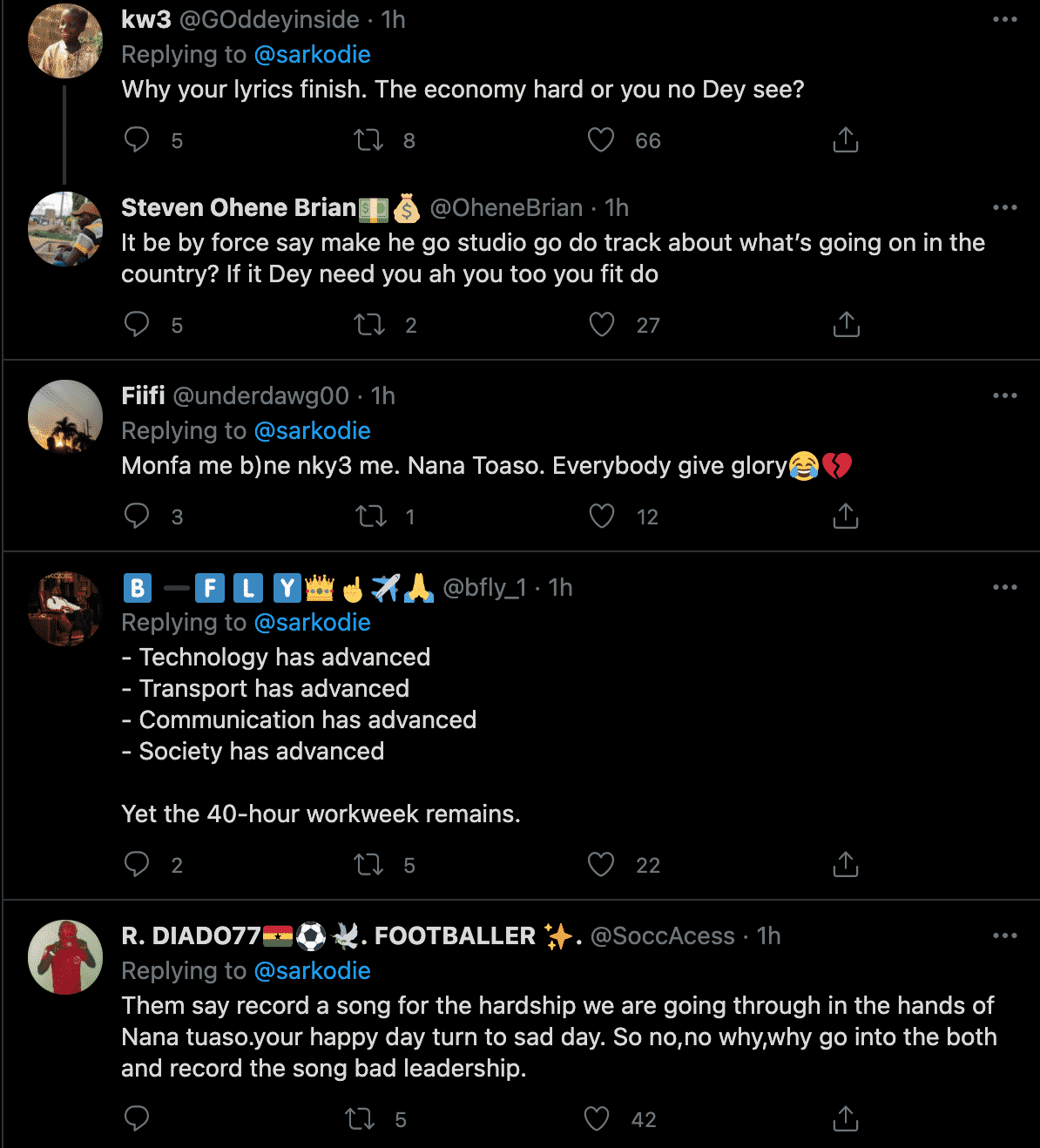 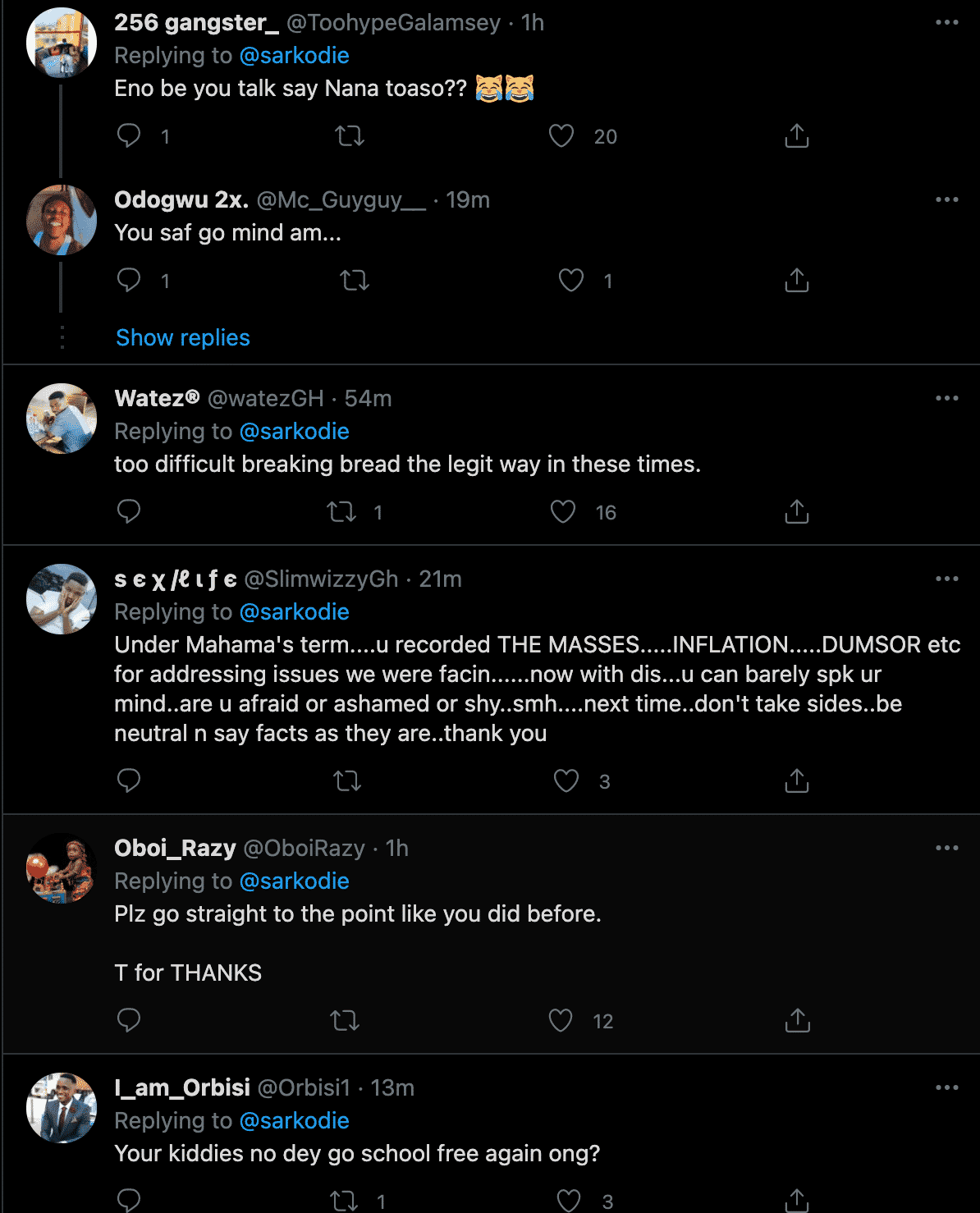 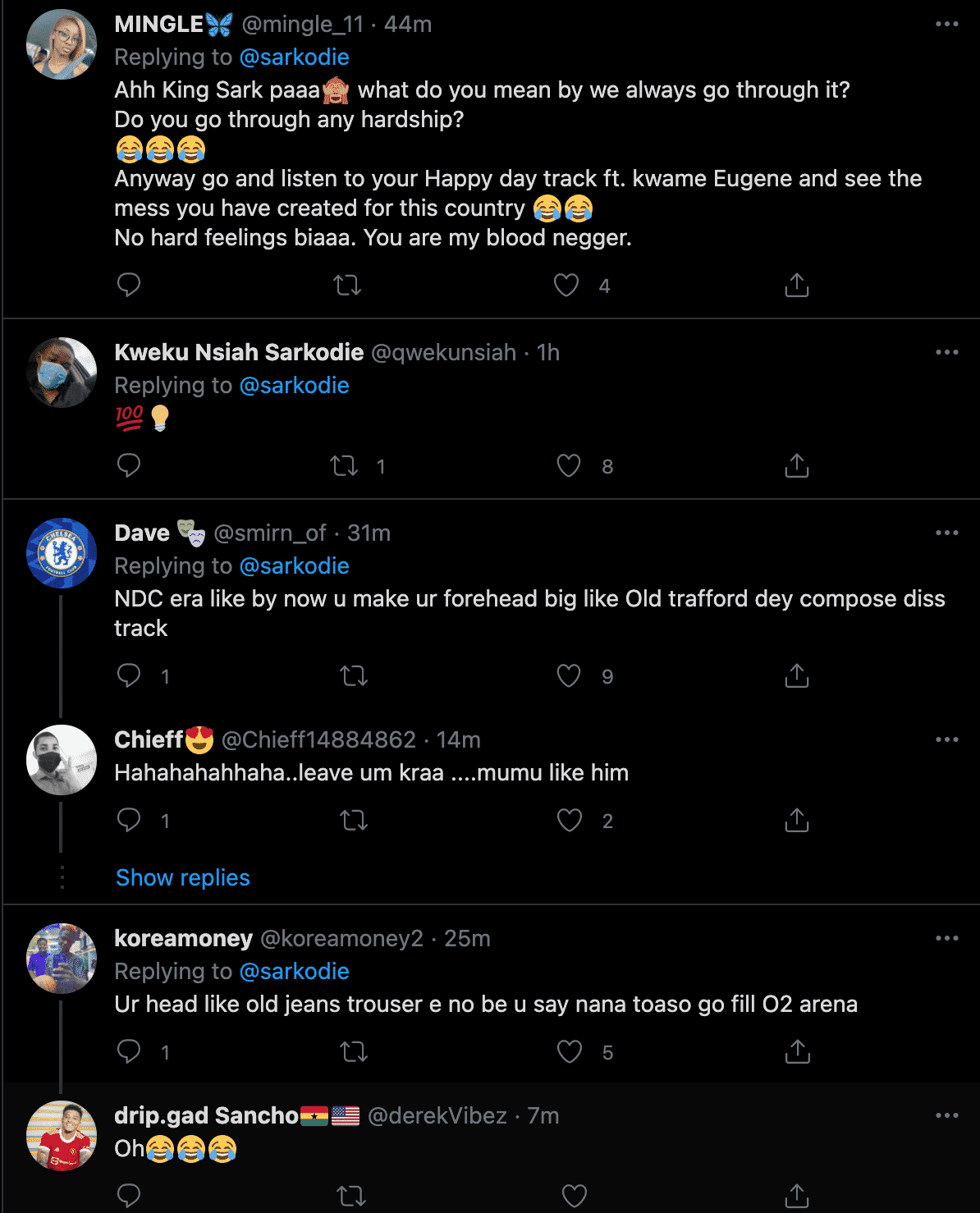