Drop that Chamber soldier jailed 90 days; Stripped off his rank 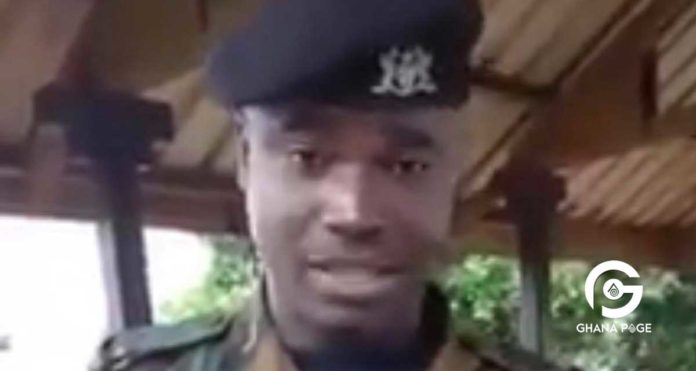 Lance Corporal Wassah Lincoln Isaac of 2 Recce squadron in Sunyani has been jailed for 90 days with hard labor in a military guardroom and stripped of his rank.

A board of inquiry set up by the commanding officer of Recce Regiment, Gondar Barracks Burma camp, sat on the drop the chamber statement made by the soldier with number 201766 and found him guilty of the offense.

He was said to have violated the military’s rules of engagement. Volume 1 Article 19 section 14 subsection 2 which deals with Improper Conduct by officer says:

The Military High Command on Friday, July 5, 2019, arrested the officer who was captured in a video demonstrating his displeasure against the government’s intention to construct a new 450-seater chamber for parliament.

He described calls for the construction of a new chamber with a 450-seater capacity as selfish on the part of Parliamentarians, appealing to President Akufo-Addo not to support the plan.