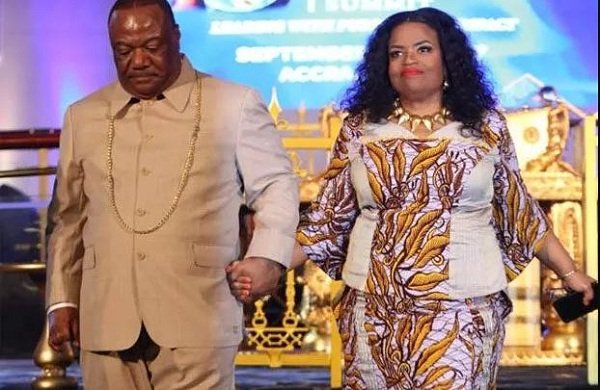 Wife of Archbishop Nicholas Duncan-Williams, Rosa Whitaker Duncan-Williams has described marrying the General Overseer of the Action Chapel International Ministry as a blessing.

She spoke to a magazine about her career, raising up from a challenged home, her education, accepting God into her life.

READ ALSO: Guys Take Note: 3 Main Reasons Why You Need A Beautiful Woman In Your Life

“I think marriage was a fulfillment of purpose. I was lonely for many years but marriage has expanded everything that I was doing in a very positive way. There was no substitute for a Godly marriage. I am happy to no longer walk this journey alone- although companionship and marriage took a long time to come together for me,” she told the magazine.

According to her, the marriage with the man of God has extended the merits in her life. It was defensibly the first time Rosa state it clear about being married to Duncan-Williams nine years after they tied the knot.

READ ALSO: John Mensah Opens Up On His Divorce For The First Time

“Duncan-Williams has been supportive of her as a wife and a career woman and so she is to him. Combining work and marriage life is not a big deal for her”, she told the magazine.

However, She also advised the singled woman, saying, “Being single does not mean living a life of misery. If you are miserable as a single woman you’re going to be miserable as a married woman.

Meanwhile, She got married to Duncan-Williams some nine years ago after he ‘Duncan Williams’ divorced his previous wife of 26 years, Mama Francisca.

YOU MIGHT READ: “I Have Found Gold For Life” – KABA Happiest Testimony On His Wife