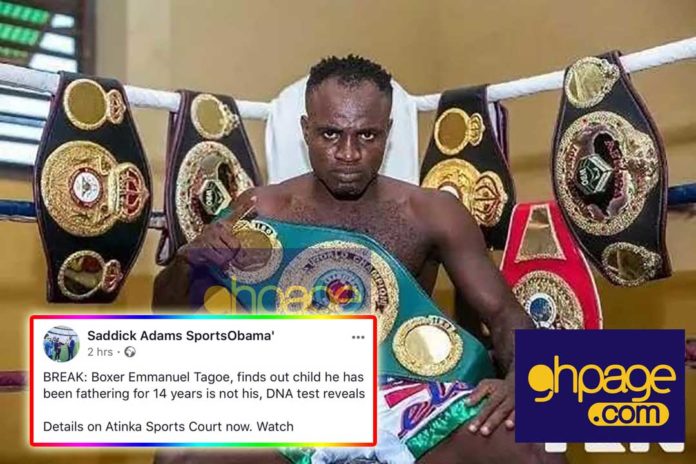 According to reports reaching GhPage.com, Ghanaian boxer, Emmanuel Tagoe aka Game Boy has just found out his 14-year-old son is not his biological son after conducting a DNA test.

The news was broke barely an hour ago by sports presenter, Saddick Adams SportsObama on his Facebook timeline. 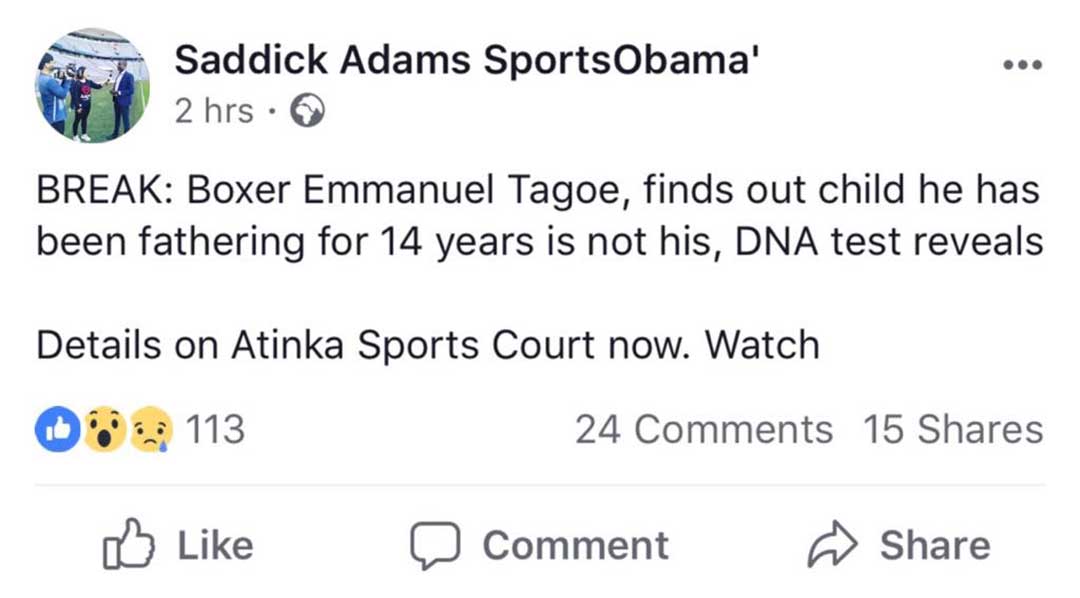 According to the report by the renowned sports journalist, the discovery was made after Emmanuel Tagoe took his son through a DNA test.

It is currently not clear why Emmanuel Tagoe demanded the DNA test but the result we are told has shocked the boxer to find out a son he has been a father to for the past 14 years is not his biological son.

Sports Obama who broke the news has revealed he will bring more details soon. Ghpage.com is on standby to update you on any new development.

This is not the first time a sports personality has found himself in such a situation. A few years ago, Football star, Odartey Lamptey found out his 3 children with his wife, Gloria Appiah were not his biological children

Odartey Lamptey has since divorced his wife and has currently fathered twins with a new wife and they are living a good marriage life.