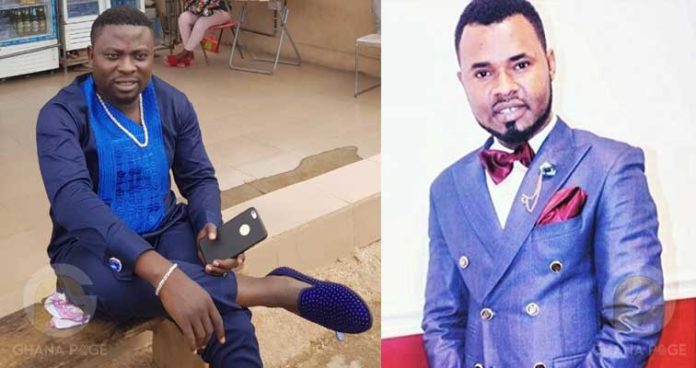 Brother Sammy last year made it clear that not only circular musicians are capable of beefing in the Ghana Music industry as he took a stand with fellow Gospel artist Ernest Opoku.

The Gospel artist was also at each other’s throat but in a new interview, it seems Brother Sammy wants to rekindle the popular and heated enmity that was witnessed by many music lovers from his camp and that of the camp of his colleague in the gospel music fraternity

According to Brother Sammy, Ernest Opoku dare not fight him because he is like his ‘small boy’ as he stated earlier in an interview with Delay last year.

According to Brother Sammy, the embattled Ernest Opoku cannot enter into a feud with him as he single-handedly built his career and further revealed that he(Ernest Opoku) used to wash his cars and bathroom.

During their beef last year, Brother Sammy, the self-acclaimed ‘Nation’s Worshiper’ made damning allegations against not just Gospel artist Ernest Opoku but also against Cecilia Marfo.