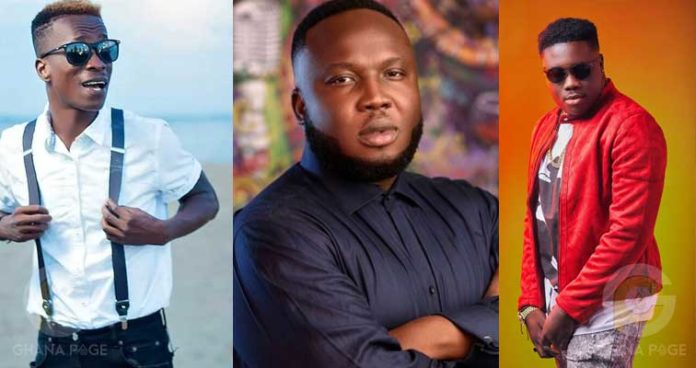 Highlife musician, KK Fosu has lashed out at music producer/sound engineer, Kaywa who is also the manager for Kurlx Songx asking him to sit up because the talent of Kurl Songx is not really manifesting as it should be.

KK Fosu in an interview on Accra-based Onua FM, he revealed that he is really impressed with the voice of Kurl Songz and with the slightest push he could do extraordinary things.

Read also: I slept off while listening to Wendy Shay’s song – Opoku Kwarteng

“That guy who sang Jennifer Lomotey is amazing. I really don’t know who is managing him but whoever is behind him is not doing a great job. In fact, they have failed the dude, when I heard that guy’s voice I said to myself ‘wow what a talent’ but where is he now,” he quizzed.

He also went on to feature the late Ebony Reigns on the song, ‘Feeling’, produced by Kaywa. He is currently signed to Kaywa’s Highly Spiritual Music label and has a new song titled ‘Trumpet’.

Reacting to the news about his accident on the Tema Motorway, the highlife musician the accident was not serious and expressed shock about the reportage, across various media platforms.