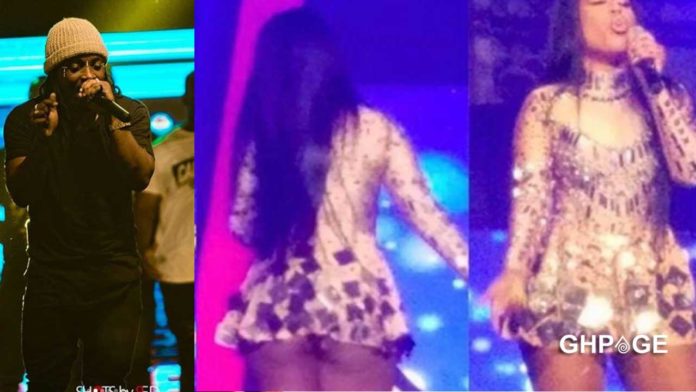 Last weekend, during Fantana’s performance at the Reign concert, she showed off her white panty that got people talking judging from the fact that she is new in the industry and has started showing off her things.

In her response, she disclosed that what people saw was not her panty but rather 30 minutes for her to perform, she had her monthly flow but she had to still perform for the fans that had gathered.

But ‘Avatar’ singer Epixode in an interview has revealed that the defense statement by Fantana is just a ploy for her to trend since she is not known.

According to him, he doesn’t even know her and only got to know of her name a day before when her issue was been discussed on the radio.

“Truth be told, I don’t know who the artist is. I had to find out yesterday when I was listening to you. I don’t know Fantana,” he said during the interview.