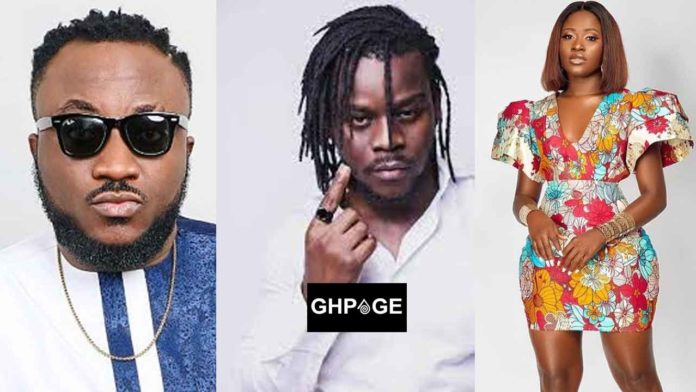 Fella Makafui expressed disappointment in the media outlet, stating that this is the stupidest thing she has ever witnessed.

The entrepreneur and mother of one also questioned what the media house sought to achieve with such awards.

She wrote; “This is the most stupidest thing I have seen today!! You see, the problem is, ‘WE ARE THE PROBLEM’!! A whole media house?? What do you benefit from this? To uplift his soul? Smh!! Smh!! Smh!!”.

DKB also took a swipe at the media house, describing the act as discouraging and undermining.

He wrote; “Very discouraging and undermining”.

Few days ago, the Accra-based radio station, Hitz FM held what they term as a satire award dubbed Something Wicked Awards.

Ghanaian dancehall artiste Jupitar was awarded the ‘Flopped Show of the Year’ because there was low patronage at his ‘One Concert.

Jupitar who was disrespected by this act, took to social media to voice out his displeasure.

He wrote; “You guys are very stupid to post this honestly…reason why we no go go far as an industry, total disrespect”.