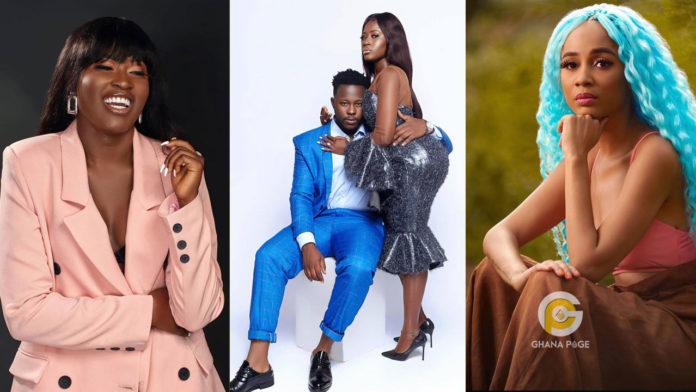 Fella Makafui has angrily reacted to claims by Sister Derby that someone treated her with disgust and hate when she attended Welcome To Sowutuom Concert organized by Medikal.

According to Fella Makafui, she did not see Sister Derby in person at the Concert so it is foolish for people to make that assumption that it was her.

Fella Makafui who was very angry ordered Ghanaians and her critics to leave her alone because she does not like being tagged with such accusations.

Reacting to a post on social media which reads ’”SisterDeborah says #FellaMakafui hates her for no reason”, Fella Makafui posted:

Don’t be tagging me to this kind of stupid stuff please I beg u!!! I know see this person in question self… stop this thing !! Leave me alone!!! Seriously leave me alone!! 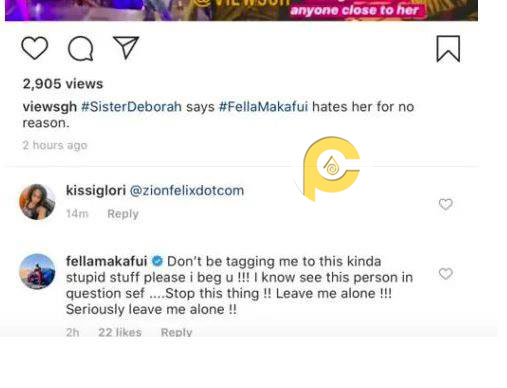 A few hours after the Welcome to Sowutuom Concert organized on 30th November 2019, Sister Derby claimed that she received her worse hateful treatment at the concert.

She claimed she was treated with disgust by someone who hated her for no reason and wished she had disappeared.

Although she didn’t mention any name, social media users connected the dots and announced that it was Fella Makafui who behaved that way towards Derby when she finally made peace with Medikal.

SEE ALSO: All the photos and videos you missed from Keche Andrew and his boss, Joana Gyan’s wedding (See)

It could be recalled that Medikal and Sister Derby was the favorite celebrity couple for a couple of years in Ghana.

They did everything together and some people even assumed they will be getting married sooner than later.

But from nowhere, Fella Makafui jumped into their relationship and snatched Medikal from Derby.

SEE ALSO: Lady accuses NPP’s Hopeson Adorye of using National Security to stage a robbery at her hotel – Proves her claims with CCTV footage on that day (Photos)

The weeks that followed were something else. Ghanaians teased and mocked all the individuals involved. Fella suffered most in the hands of Ghanaians