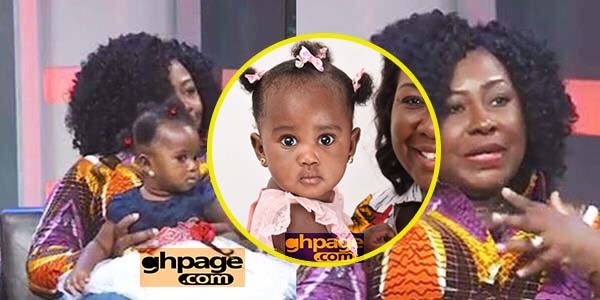 Popular television presenter, host of standpoint, Gifty Anti has revealed that although she had doubts conceiving a child, she worked on it.

In an interview on GhOne, she made a revelation that, she went for regular check-ups every year and not only that but had series of surgeries to remove her fibroid.

She recommended regular check-ups for every woman.

She also revealed a conversation that ensued between her and the doctor when she went for one of her surgeries.

She stated, when she was coming out of the anesthesia, she overheard her doctor say that “this woman, the way I’ve struggled to bring this fibroid out if she doesn’t try for pregnancy, she will see what I will do to her.”

She later met her doctor and they discussed a fertility treatment to see what happens which —even before that, according to her, had given up all hope.

She also stated that, even as they had started the treatment, she didn’t still have any hope because she had resigned her faith to the fact that, it is well with her soul.

She also admitted to having low moments and times she wished she has a child.

Watch the full interview below;

Gifty Anti, 47, got married in 2015 to the chief of Akwamu Adumasa, Nana Ansah Kwaw IV, in a colorful wedding which was dubbed ‘the Royal Wedding’.

However, the couple has had to wait for two years to welcome their first baby who is now 9 months old.