A fool like Tonardo can’t chat with me – KOD

Broadcaster Kofi Okyere Darko known in showbiz as KOD has taken a swipe at actor Emil Wood popularly known as Nana Tornado over claims that there is more power in the dreaded Antoa deity than the name Jesus Christ.

According to KOD, Tornado is a fool and doesn’t deserve space on any of his shows either on television or radio.

He wrote “This fool will never have an opportunity to even have a chat with me. The way we give credence to somethings/people. Who’s this one too? 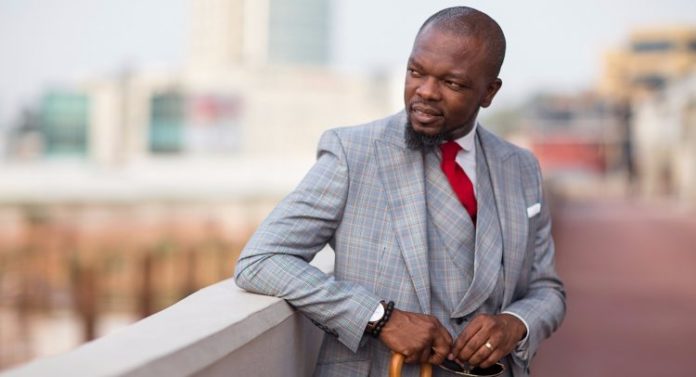 Tornado last week sparked a social media storm when he revealed he has long abandoned Christianity because the name of Antoa has more power than the name of Jesus. According to him, his new religion is ‘common sense’.

He was speaking during an interview on TV Africa. He stated that Christians go about doing all sorts of sinful things and later go and sit at church like some innocent people.

” I was a Christian but now I walk with my common sense” he said. 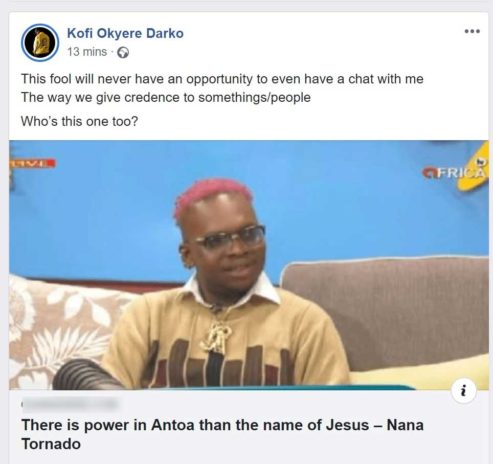 Tornado who is a father of an 11-year-old daughter has in the past said he’s a pimp, and that he connects a lot of Ghanaian girls to big men in the country, and “I take my commission”.

He said he loves sex and doesn’t care about what people call morality.