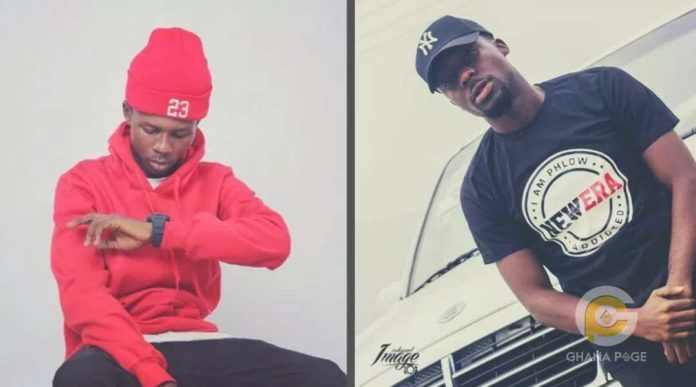 Fante Teephlow has disclosed that he is not friends with his music rival Strongman in an interview with Sammy Flex on Zylofon morning show “Showbiz Agenda”.

According to Tee Phlow who was in the studios to promote his new song featuring Nigerian artiste Victor AD stated that he has no friends in the music industry but in his head he sees them as just colleagues in the business.

“No no, me, friend dier this industry, friends no dey inside ooo. No. Strong is not my friend, plenty people no be my friend. The word friendship ebe like we de confuse am, we be co-artist, all of us”.

When prompted by host Sammy Flex to answer why he tweeted immediately after it was announced that his rival Strongman was leaving Sarkcess Music.

He stated that is was not a jubilation for him but rather he felt the pain that Strongman went through with the label because they had been discussing it low key.

He added that he was a strong fan of Sarkodie than most people on social media claiming to be Sarknatives and those closer to him can attest to that.