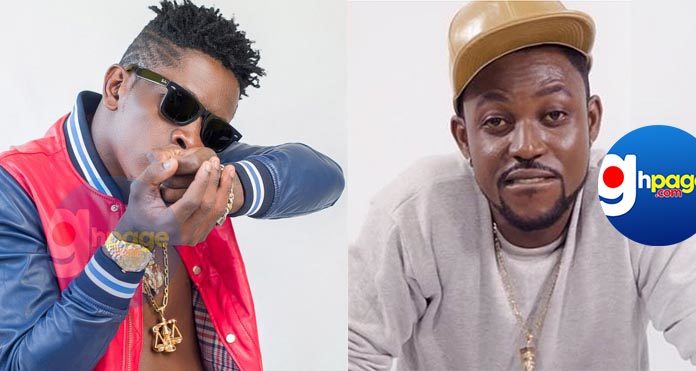 Yaa Pono has waded into the Stonebwoy-Shatta Wale beef after weeks of remaining silent. Ponobiom is known for coining the name ‘Gbee Nabu’ in a diss track to Shatta Wale when they had their ‘beef’.

He has waded into the debate when a video of Shatta Wale surfaced online claiming he has a small lip as that of Jay-Z.

But Ponobiom who tore Shatta Wale apart in that infamous track, by likening his mouth size to that of a dog, hence; ‘GbeeNabu’ a term Shatta Wale has come to hate has replied Shatta Wale as to whether he has ‘small lips’ as he (Shatta) indicated in the Facebook video.

In an interview with Andy Dosty on Adom FM, he[Yaa Pono] disagrees and still maintains that Shatta Wale has a ‘GbeeNabu’

“Jay Z doesn’t have a big mouth. He only has big lips. Shatta Wale has a big mouth and there is a difference between the two…” he said.

READ THIS TOO: Video: “I’ve slept with more than 40 men”; Obinim’s church members confess their past S£xual sins

The ‘inventor’ and Shatta Wale’s tormenter went ahead to ‘diss’ Shatta Wale more in that interview for putting out such videos.

“it is very useless for such a top artiste to put a video like that. Our fans are more of ghetto youth and there should be a respect…,” he added.