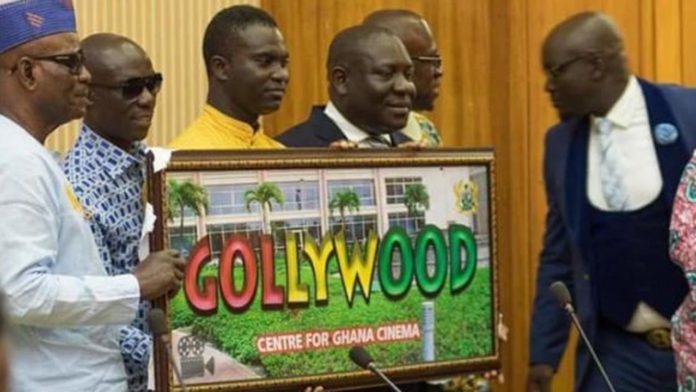 Ghana movie industry which has been for some years now been called Ghallywood, has finally changed its name and has now rebranded to Gollywood by some officials.

The change of name from Ghallywood to Gollywood happened during the 2nd Edition of the Ghana 60 Years on Film Summit which came off yesterday 13th July, 2018 at the Accra International Conference center(AICC).

Also Read: Sunsum Ahuofe reveals how Van Vicker disrespected him when he met him in Accra

The programme which saw several great personalities such as film actors and actresses, directors and producers was under the theme “Rebranding Ghana Film Industry to Rebrand Ghana”.

Some veterans in the movie industry were also honored as the event in recognition of how much of great works they have blessed the industry with.

Also Read: I’ve Had A Call From God To Become A Preacher – Nana Ama McBrown Reveals

Some awards went out to very hardworking people who have contributed to the movie industry, such as;

Also Read: Ebony Didn’t Deserve To Win Artist Of The Year At The VGMA’s – Movie Producer

Julia Apea – Revele Films, among others.

Kumawood actor Nana Osei Poku in the movie circles as Wayoosi also received a legendary award at the event. 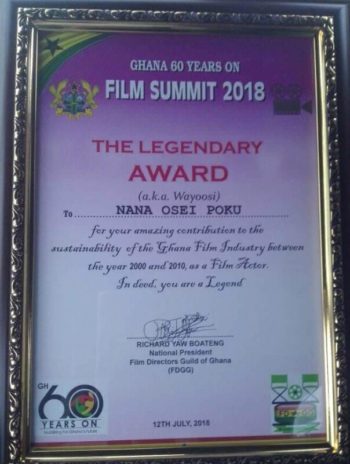 SEE MORE: Captain Smart calls his bosses “Fools” after they released a statement confirming his arrest

Shocking information reaching our news desk has it that a Nigerian pastor has refused to be the main celebrant of a funeral...
Read more