Ghanaian lawyer Sandra Ankobiah has over the years been tagged as a slay queen whose expensive lifestyle is funded by big men across the globe since her law money can’t pay for all those things.

Many people have also argued if she is truly a lawyer because she has never been seen in the court or have they heard that she has handled any case.

But the lawyer has broken her silence and has addressed some concerns raised by people.

According to her, after she got called to the BAR, she got to realise that she wasn’t enjoying the courtroom because it wasn’t interesting.

She continued that it was at that point that she decided to do more of office stuff than going to court that is why she no longer go to court adding that she only goes to court when it’s necessary.

She was quizzed by her interviewer as to what she did to find her name in the list of 100 most influential in 2016 but she answered that till date she doesn’t know what she did to get recognised like that. 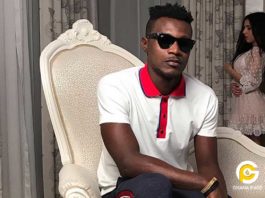 I drink alcohol to get over the hardship in Ghana –...