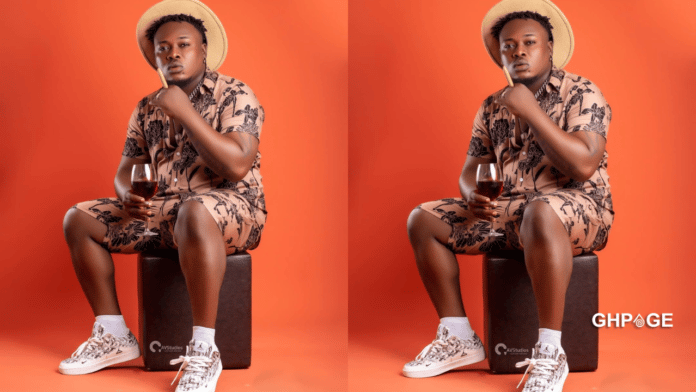 Ga singer, Nii Funny has incurred the wrath of the Ga community and a lot Ghanaians for what many have already described as ‘loose talk’.

In the course of an interview with award-winning broadcast journalist Ansah-Addo Halifax on OKAY FM, Nii Funny disclosed why he married an American instead of a fellow countrywoman, specifically a Ga Native.

READ ALSO: I didn’t marry a Ga woman because they like begging – Nii Funny reveals

According to him, his experiences with the Ga women were not the best and they liked begging.

“The girls in my Ga town don’t like me. They’re afraid of me. I also don’t like some of their characters. The ladies like to beg a lot. Any small opportunity, they’ll ask you for money.

When you query them on what they need the money for they say they going to buy funeral cloth and sow for a late uncle’s father’s stepbrother’s funeral. And finally, few of them like to work, they’re lazy”

His comments has since come as a shock to many who believe it is unfortunate considering his background and the support the Ga community has had for him throughout his career.

Alot of social media users have since described him as a very senseless being who’s also clueless.

The very angry infuriated ones have since rained heavy insults on him for insulting his own kinsmen.

Below are some of the comments gathered under the trending unfortunate video that has caused an uproar on the internet;

Bismark Nii Ayi Hayford – The black American gal de feed am that’s why and you nii funny kraa what you get.I have no issues with nii funny because we from the same community but I hate it when a ga person disrespect ga’s

Don Freddyp – Ur career is about to end my broda, u betrayed ur people and they will betray u in return or better still start singing in twi

Naa Ayeley Akua Scotland – Foolish talk,say the Ga women in your family are a bunch of beggers and not the whole Ga tribe. What has you marrying someone from elsewhere got to do with Ga women?Besides,one can find love anywhere.

Nelson Junior – Funny,your comment on our women is appalling,either you don’t know how to talk or you lost your marbles in the cause of this interview.Apologise because you have tarnished the image of our Ga women.

Julius Ataa Oko Ayi – Nii funny are you alright? Why not say “some” or “many” am highly disappointed in you,who says all “Ga” women are beggers?I rest my case

Vera Kwade – I guess he is stingy and rather wants ladies that he can take advantage of . He is not a giver . Every woman wants good life , twi , ewes ,hausa etc . No where cool Anyemi . So mind your language cos it will go against you some day .