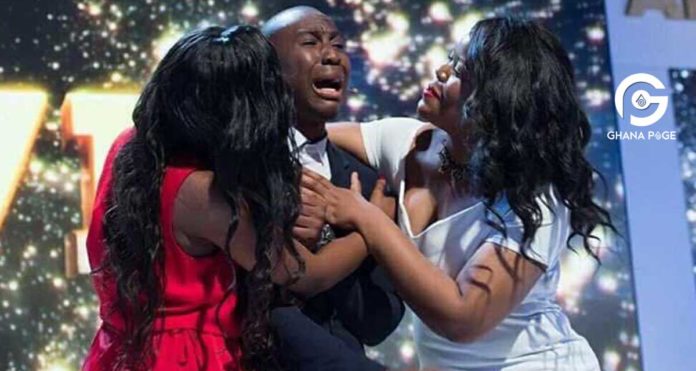 Since yesterday there has been a developing story about a famous Ghanaian TV personality who has gotten pregnant and is confused as to who is responsible for the pregnancy among 4 married men whom she was allegedly dating.

Well, Ghpage.com has sighted reports that the said TV personality whose name starts with ‘N’ is now blackmailing the richest man among the four married men with her pregnancy.

SEE HERE: A shocking story of how a respected female Ghanaian TV presenter with a popular TV station has been impregnated by 4 different married men leaks online [Details]

According to the reports, the TV personality who is with one of the biggest TV stations in Ghana now and her parents are doing all they can to pin the pregnancy on the richest man.

The parents in agreement with the TV presenter are demanding for 2 bedroom house at a first-class residential area in Accra for the unborn child. They are demanding the child be born outside Ghana and finally, they are asking for clothing to be set up for their daughter as compensation.

Failure to do this, the TV presenter is ready to go public and expose the married man who happens to be a high ranking member of the ruling New Patriotic Party (NPP).

But, the man just like the 3 other sare refusing to accept the pregnancy with THE explanation that they were not the only men she was sleeping with.

Among the four men, one of them is also her colleague at work, but as stated earlier, all the four men are rich married men.

Ghpage.com is keenly following this breaking news and we will keep you updated when there is any new development. Stay with us.