I had all my 6 kids with my ex-boyfriend; my hubby does not know-Woman 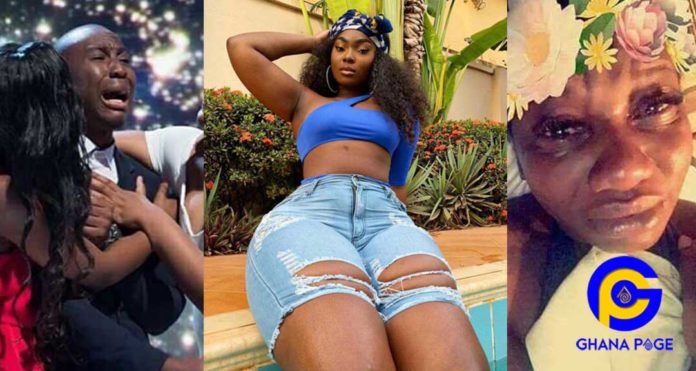 A Ghanaian woman has confessed how she cheated on her husband with her ex-boyfriend leading to the birth of all her six children that not even a single one belongs to her husband and sadly, the husband has no idea what is going on in his own home.

According to this woman in a letter written to Etornam Sey of Ideal Home show on 3FM, her husband ignored her after their marriage. He was neither giving her money or attention so she fell once again for her ex-boyfriend who is also married.

SEE ALSO: Princess Ama Burland whose Atopa tape has been leaked by Snapchat user threatens to kill herself [Watch]

Over the years, this adulterous woman has had 6 children all with the ex-boyfriend whiles still married to the husband who is an elder at the church. Now the ex-boyfriend wants to meet his children. and the woman is in dilemma as to what to do.

She wrote to the relationship radio program to seek advice from the experts on the show as well as from the listeners.

READ THE FULL LETTER BELOW

“Dear Etornam, I have been married for 13years and I have 6 children (5 boys and 1 girl) but none of the children belongs to my husband. The truth is, I didn’t think things will go the way it did and I can explain.

I am a nurse, who earns less than 2,000 cedis a month. My husband is a civil engineer and earns enough to take care of me. However, after marriage, my husband changed; he changed completely. You ask him for money for upkeep and he nags continuously.

He spends so much time and money on his family but doesn’t want to give me that attention. He is either at church meetings or his family house and surprisingly that was not the case when we were dating. The first year of our marriage was turbulent and I felt short-changed, I had been deceived thinking I married a good man.

So I reconnected with my ex-boyfriend who is 10years older than me. He is also married with 3kids(all girls).

The truth is I just needed a companion and he was there for me. One thing led to another and I got pregnant for him, we both agreed to keep the baby and pretend it’s for my husband. When I had my first child (a boy), both my husband and my ex were all excited however, my ex cared more.

He showered me with loads of love and attention, but my husband couldn’t be bothered. So I decided that I would rather have all my children fathered by my ex rather than my husband. And that is how come all six children belong to my ex. He is a businessman and loves the children. He makes me financially comfortable and has bought properties in the name of all 6 children as their inheritance.

My husband, on the other hand, has no clue what it means to take proper care of a family, so I have no regrets. My problem however is, the past three weeks, my ex, the father of the children, has been putting pressure on me to introduce him to the children. In fact, he is obsessed with the boys because he doesn’t have a son with his wife.

But the truth is, I wasn’t prepared for this. I don’t know how to manage the situation. My husband is an elder at church and his family loves the children so much. I’m not sure what to do or how to go about it. I have a feeling that my ex will soon be demanding legal rights to the children.

I feel this whole thing will come crashing on me anytime soon. Do I confess? Because that will cost me my marriage and my family and society will judge me. I’m just confused right now” … Anonymous”