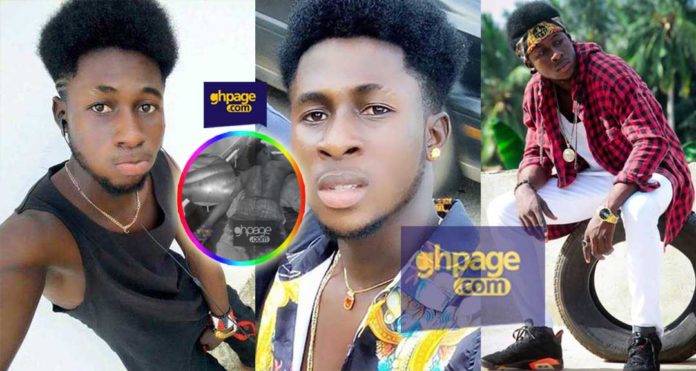 Ghpage.com reported about a Ghanaian young man who has been assaulted by his Chinese employers in Kumasi because they said he was sitting idle.

They attacked him and stabbed him with scissors and knife whiles at a point hit him with a hammer. All this was because he had finished his assignment and was sitting idle.

SEE HERE: Chinese employers stab a Ghanaian employee in Kumasi because he was sitting idle during

In their defense, the Chinese men who own a Chinese plastic manufacturing company at Atonsu Fobi, in Kumasi, Ashanti Region claims they were drunk so they thought he was attacking his brother who tried to slap him.

The Chinese sent one of the workers to Komfo Anokye Teaching Hospital where the Ghanaian young man, Frimpong Peter aka Pee Tee had been admitted to give him an amount of GH¢500 ($100) to take care of the bills.

SEE ALSO: JOURNALIST ORDERS CHINESE TO PICK UP RUBBISH HE THREW INTO A GUTTER(VIDEO)

The messenger also informed Frimpong Peter and his family that, the Chinese men say if he refuses the money and reports to the police, the will pay a bribe to the police officers and make the case ‘a Foolish Case’.

Ghpage.com has spoken with a family member of Frimpong Peter in the person of Gyamfi Opoku Festus who confirmed that the incident happened Tuesday, 4th September 2018 around 11:30 PM at Atonsu Fobi.

Gyamfi Opoku Festus revealed that Frimpong Opoku who is his brother was discharged yesterday, 7th September after 3 days at Komfo Anokye Teaching Hospital in Kumasi.

They have already filed a complaint with Asokwa District Police Headquarters where the police are investigating the incident.