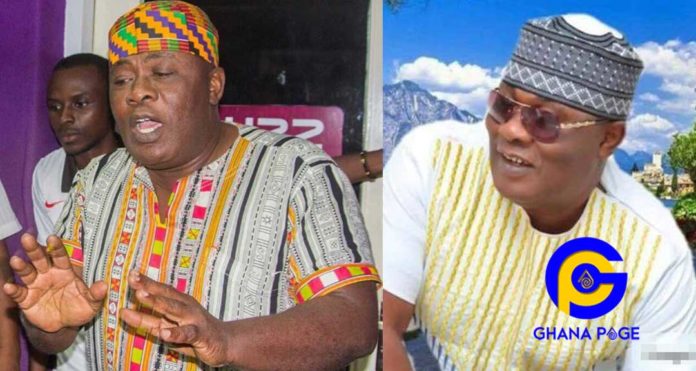 News broke yesterday that the head of Zylofon Art Club and A&R manager of Zylofon Media, Willi Roi had died. According to the reports received by Ghpage.com, Willi Roi was found dead in his room yesterday evening, 10th February 2019 dead.

According to the reports, Willi Roi was found dead in his room with blood oozing from his mouth and nose. His body has since been deposited at the Police Hospital Morgue.

Ghanaians have taken to social media to mourn the passing of the legendary artists’ manager and producer.

SEE ALSO: You came, You saw, You conquered – This is what Sammy Flex has to say about the death of Willi Roi

Willie Roi, till we meet again, rest in eternal peace. Zylofon Media and everyone will miss you for your critics, kind heart and all the moments spent together. Rest Well Mr Roi. #RIPWillieRoi @zylofon1021fm @ZylofonTv @sambahflex @sammyflexnation @facebookgyata my condolence ? pic.twitter.com/AUc7yIUm5T

Just heard of the death of Mr. Willie Roi one of Ghana’s most outspoken entertainment mind. I myself wish his soul RIP and pray God give his friends and family the fortitude to bear the loss. Rip legend. pic.twitter.com/if5WCAF7kY

May his soul rest in perfect peace