List of scam businesses NAM1 was involved before starting Menzgold 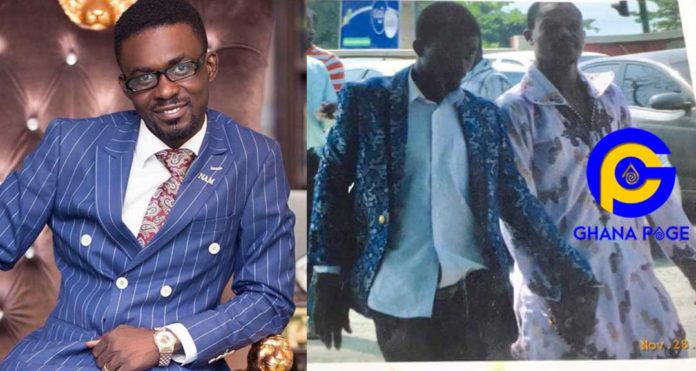 People do not believe that the embattled CEO of Menzgold, Nana Appiah Mensah popularly known as NAM1 scammed anyone but you will be amazed about how he started this fraud business and how he defrauded millions of people even before the Menzgold saga.

According to reliable sources, NAM1 is just bad news because, in 2012, he opened a company called Rock brokerage in Kasoa and hired about 7-10 workers to find people who want cars for the taxi business. After these people were recruited, he convinces them to pay half the price of the car and after they start using the car for the business, they pay the remaining balance.

It was a good deal for many people so some started payment and to gain their trust, he had to get the cars to make these people feel it was a genuine business.

There was a man called Mr Kingsley who had a lot of cars and NAM1 being smart, pleaded with Kingsley to park his numerous cars in his (NAM1) compound.

NAM1 used Mr Kingsley’s cars on his compound as a decoy and gained the trust of many customers. We gathered, he also went ahead to the Tema Harbour to show them some cars which led them to gain more customers.

This happened to many taxi drivers in Kasoa and the monies collected were deposited at the Ecobank branch in Kasoa but the strange thing that happened was that anytime they made a deposit into the account it was realised that the initial deposit ‘vanished’ from the account.

It happened several times and additionally, they never had a company’s meeting at the office. He normally meets them at a club or a pub or a restaurant.

This company lasted for just three months and paid his workers for two months. On the third month where he was being wanted by the police, he emptied his apartment in the middle of the night and eloped.

He always went off scot-free because he allegedly told people that he was in an occultic group and that nothing can be done to him.

In that same span of a year between 2012 and 2013, he posed as a real estate agent and also defrauded some people by taking their monies but didn’t get the house.

He once claimed he was a sports agents and scammed some young boys with the intention of getting them good promotions.

NAM1 also went after JHS students and convinced them that he could offer them scholarships and as usual ‘did what he is best known for’.

The question on everyone’s lips is “Why hasn’t NAM1 been arrested?” The answer is, NAM1 has once been arrested and but the police officer in charge of his arrest and prosecution Corporal David Normanyo retired from the police service after a year and the case was left in shambles. That was the end of the case. This was is in 2013.

It was reported earlier that Nana Appiah Mensah has been arrested in Dubai which was on the 7th of December 2018 and not in 2019.

He was arrested because of a gold deal business gone bad in Dubai and was charged with a fraud case equivalent to $23million.

It was also reported that a government delegation was sent to Dubai to bring NAM1 back home but came to Ghana without him.

However, before Ghana government can reach an agreement with the Dubai police for NAM1 to be released and returned to Ghana, the money involved has to be paid to the one being defrauded to drop all criminal charges against NAM1.

Authorities are trying very hard to make NAM1 the victim and that he has been defrauded but the inconsistencies in the alleged arrest are appalling.

There hasn’t been any clear picture, video or arrest proving NAM1 was arrested.

He was arrested and arraigned before the court but later released. EOCO claims NAM1 is under investigation and nothing has come out of it.

READ ALSO:Menzgold and how NAM1 succeeded in scamming millions of Ghanaians

The BNI arrested NAM1 but was later released and he also sponsored some highest personalities campaign during the 2016 elections.